Bodyguard too late to save Whitney 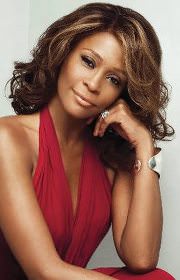 She was born into a musical family and during her career with Arista Records sold over 170 million combined albums, singles and videos worldwide.  Among her cousins are Dionne Warwick and Dee Dee Warwick, and her godmother is Aretha Franklin.  Now that’s some heritage! At 11 years of age she was singing in the New Jersey Church gospel choir and was singing beside her mother Cissy in night clubs in New York.  She released seven studio albums and three movie soundtrack albums, all of which have diamond, multi-platinum, platinum and gold certification.  In 1994, she won at the 21st American Music Awards for her hit "I Will Always Love You" - taking home 8 trophies and tying with Michael Jackson for the most AMAs ever won in a single year.

Who else but the legendary Whitney Houston.

Whitney Elizabeth Houston was born on 9th August 1963, the third and youngest child of Army serviceman and entertainment executive John Russell Houston Jr. and gospel singer Cissy Houston. Like The Drifters, Whitney came from gospel beginnings. She attended a catholic all-girls school in Caldwell, New Jersey. It was here that she met Robyn Crawford – whom she referred to as the sister she never had.  All though her formative years, her mother taught her to sing.

As a young teenager, 14, she became a backup singer on the Michael Zager Band's single "Life's a Party". At 15, she sang background vocals on Chaka Khan's hit single "I'm Every Woman", which she later turned into a larger hit for herself on her huge selling “The Bodyguard” soundtrack album. She also sang back-up on albums by Lou Rawls and Jermaine Jackson. In 1983, she was a lead vocalist on the Paul Jabara album, entitled “Paul Jabara and Friends.”

In the early 1980’s Whitney was a model and was signed by record mogul Clive Davis, who subsequently became her mentor, in 1983 to Arista Records. In 2010 Clive said in an interview that accompanied “Whitney Houston: The Deluxe 25th Anniversary Edition”, “Whitney sang the song with such fervour, with such a natural vocal gift, with such passion, that I was stunned. I knew really right then and there that this was a special talent and I was blown away by her. There was no hesitation. I wanted to sign Whitney.”

Her self-titled debut album arrived in 1985, that included many hit singles, including “Saving All My Love for You,” which landed at No. 1. The album eventually sold over 13 million copies and earned her three Grammy nominations, including one for Album of the Year (she won one that year for Best Female Pop Vocal).

In 1990, she was the spokesperson for a youth leadership conference hosted in Washington DC and she had a private meeting with President George HW Bush in the Oval office to discuss the issues.

In 1991, she sang the Star Spangled Banner at the Super Bowl. It still remains one of the most notable performances of the song and is considered the benchmark for singers. That performance was ranked No. 1 on the 25 most memorable music moments in NFL history list.

In 1992 she starred in The Bodyguard with Kevin Costner (USA Today listed it as one of the 25 most memorable movie moments of the last 25 years in 2007) and the soundtrack won the 1994 Grammy Award for Album of the Year.  The lead song from the album, “I will always love you” stayed at no. 1 in the charts for ten weeks and became the best selling single by a female artist in music history.

In 1995 she starred in “Waiting to Exhale” and in 1996 in “The Preachers Wife” with Denzel Washington. The soundtrack from The Preachers wife became the best-selling gospel album in history. She earned $10 million for the role, making her one of the highest-paid actresses in Hollywood at the time and the highest earning African American actress in Hollywood.

In 1998, she released her fourth studio album “My Love Is Your Love” and she renewed her recording contract with Arista Records.

Romantically, Whitney dated Randall Cunningham and Eddie Murphy. In 1989 she met Bobby Brown at the Soul Train Music Awards.  They were married on 18th July 1992. On 4th March 1993, she gave birth to their daughter Bobbi Kristina Houston Brown, her only child, and his fourth. Bobby had several run-ins with the law and served jail time. They separated in September 2006, and she filed for divorce. The divorce was granted on 24th April 2007 and Whitney was granted custody of the couple's daughter.

She was the only artist to have seven consecutive no.1 Billboard Hot 100 hits ("Saving All My Love For You," "How Will I Know," "Greatest Love Of All," "I Wanna Dance With Somebody (Who Loves Me)," "Didn't We Almost Have It All," "So Emotional," and "Where Do Broken Hearts Go"); the first female artist to enter the Billboard 200 album chart at no. 1 (her second album, Whitney, 1987); and the only artist with seven consecutive multi-platinum albums (Whitney Houston, Whitney, I'm Your Baby Tonight, The Bodyguard, Waiting To Exhale, and The Preacher's Wife soundtracks, and My Love Is Your Love).

The Guinness Book Of World Records lists Whitney as music's "most awarded female artist of all time," with a remarkable total of 411 awards (as of 2006) a record that is certainly added to by her two Emmy Awards, six Grammy Awards, 16 Billboard Music Awards, 23 American Music Awards, as well as MTV VMAs in the U.S. and Europe, NAACP Image Awards, BET Awards, "Soul Train" Music Awards, and so on. She received the Nickelodeon "Kids Choice" award (she was inducted into the "Kids Choice" Hall Of Fame in 1996), the Dove (Gospel Music Association) Award, and Blockbuster Entertainment Award. Whitney was inducted into the BET (Black Entertainment Television) Walk Of Fame in 1996; and received "Soul Train"'s prestigious Quincy Jones Career Achievement Award in 1998.

Throughout the 80’s and 90’s, she had a perceived clean image, however, she was regularly late for appointments, cancelled concerts and missed talk shows.  Rumours circulated about her husband, Bobby, and herself using drugs.  On 11th January 2000 both of them were stopped by security at an airport in Hawaii and found with marijuana.  Somehow they managed to board the flight before the police arrived and charges were dropped.

She gave her first interview in seven years in September 2009, appearing on Oprah Winfrey's show. The interview was promoted as "the most anticipated music interview of the decade". Whitney admitted on the show to using drugs with former husband Bobby Brown, who "laced marijuana with rock cocaine". By 1996, she told Oprah, "doing drugs was an everyday thing... I wasn't happy by that point in time. I was losing myself."

Her mother forced her into rehab in 2006 and in May 2011, she spent another period in rehab.

On the Thursday before her death, Whitney visited singers Brandy and Monica and Clive Davis at their rehearsals for Davis' pre-Grammy Awards party.

On 11th February 2012, Whitney was found dead at the Beverly Hilton Hotel.  She was running late getting ready for a pre-Grammy party being held four floors down in the hotel by her mentor, Clive Davis. Her stylists and bodyguards became concerned that she was in the bathroom for over an hour so they knocked on the door but she did not answer back. A female hairdresser went in to check on her and found her lying in the bathtub. A bodyguard came in and quickly pulled her out of the bathtub. It was reported that her face was underwater and her legs were up as if she had slid down the back of the bathtub. Her body was reported to be very cold as her bodyguard unsuccessfully attempted to perform CPR before alerting hotel security. Beverly Hills paramedics arrived at approximately 3:30p.m. They found her to be unresponsive and performed CPR. Whitney was pronounced dead at 4:00p.m. Police said there were "no obvious signs of criminal intent".

According to yesterday’s Daily Mail, they report that Whitney was flat broke at the time of her death. They said that she blew her entire fortune including her recent $100m record deal and was close to being homeless. She was being supported by her record label, Arista, and her friends.  However, her spokesman denies those rumours.  I hope they’re not true

Her life will now be under a microscope following her death.

May she Rest in Peace