Burton Speaks Out On Property Tax

clause needs to be introduced. 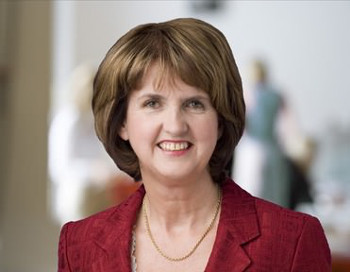 It appears that the Irish Social Protection Minister, Joan Burton has made a slight ‘about face’ in her attitude to the property tax. The Labour Party leadership contender now says that there needs to be an “ability to pay” clause attached to the controversial tax.

However, Ms Burton confirmed that any change she was talking about would be in the future and not during the lifetime of the present Coalition.

She pointed out recently that what has to be taken into account in the future is some account of ability to pay.

The minister, who was speaking at a recent Labour Party leadership debate in Portlaoise, said that only the extreme left grouping in Ireland was against a property tax but emphasised that in her view, it had to be applied fairly.

Meanwhile, Taoiseach (Prime Minister) Enda Kenny’s and Ms Burton’s advisors are apparently already deep in discussions about a new coalition deal if she becomes Tánaiste (Deputy Prime Minister). Mr Kenny’s staff have let Ms Burton’s aides know that a full renegotiation is not an option, but that a number of key policy areas can be looked at.

As the front runner to take over the leadership of the Labour Party, Ms Burton’s often outspoken views will be tested should she succeed in winning the support of her party colleagues.