Want To Flash Your Blue Lights!

New test for Garda drivers before

they can speed or flash blue lights. 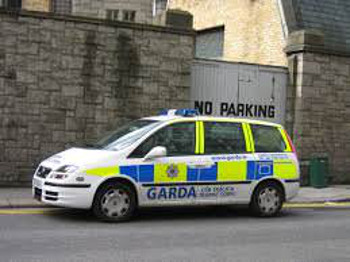 Garda CarIt may come as a surprise to many people in Ireland to realise that many garda (Irish police officer) patrol car drivers have no special training in driving their vehicle at speed with flashing blue lights and sirens.

Traditionally, gardaí have had what is termed in the force as the “chief’s permission” to use lights, sirens and speed in order to pursue criminals, or get to a crime scene quickly.

However, this system is being abolished at the end of June and being replaced by a mandatory qualification which a garda driver has to have completed under the ‘Competency Based Driving’ (CBD) courses announced in 2011 and which will come into effect on July 1. For the standard patrol car driver, this now means having a *‘CBD2′ qualification to legally use lights, siren and speed.

Minister for Justice and Equality Deputy Alan Shatter said in the Dáil [the lower house, but principal chamber, of the Oireachtas (Irish legislature)] on the 20th Sept 2011 that “an garda síochána (Irish police force) has implemented a comprehensive review of its driver training programmes. This has resulted in a five level suite of Competency Based Driving (CBD) courses, with each level specifically catering for the required knowledge base, skills set and the operational requirements of members undergoing the relevant training.”

*Level CBD2 is the second tier on the ladder and is defined as:

Level CBD1 is the first stage in the programme and is defined as:

The other steps in the driver training programme are:

The last and highest level of the programme:

The GRA (Garda Representative Body) is quoted as saying that only a number of officers have completed the first stage of the CBD course, and, until they have completed the full CPD2 second tier, they will still be restricted to obeying the normal traffic rules or else face getting penalty points and prosecutions if they exceed the speed limit.

It added that there has been a slow roll-out of the new driving course and believe the situation could have a huge impact on day-to-day operations in the force until more members are trained.

The GRA has told officers to inform Command and Control if they are a CPD1 driver when logging on and to make control aware that they are not in a position to chase if they encounter a situation which demands that they pursue a vehicle.

It appears that an insufficient number of garda drivers have not yet completed CBD2 which means that they will be prevented from attending robberies, assaults and other serious crimes as soon as possible.