Offer will be based on the UPC model. 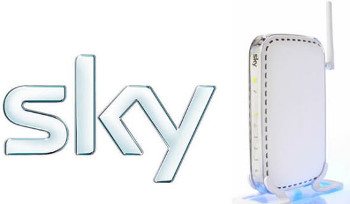 sky broadbandAbout two weeks ago the inevitable happened. Sky joined the broadband club in Ireland. It’s based on Eircom’s phone lines and will offer an up to 24 mega-bits-per second service (1 Mbs up-load speed) and you get a choice of either unlimited data or a 2GB monthly cap.

With those speeds Sky is not targeting UPC which offers an entry level of 50Mbs. Its aim is Eircom and Vodaphone although it is using the UPC model.

In essence Sky is saying: If you already receive our TV, why not get your broadband as well and have just one bill and company to deal with.

It has an estimated customer base in Ireland of around 700,000, many of whom buy their broadband from either Eircom, Vodaphone, Magnet and a host of companies who use Eircom’s phone lines.

UPC has come from nowhere and has already captured 300,000 subscribers in just four years. So the UPC model works.

Over the last few years Sky has gained a significant amount of television customers in Ireland at the expense of UPC. However as the only fixed line operator to show any real customer additions, year on year, UPC is killing its rivals in the marketplace due to services that cannot be matched for speed. Both Eircom and Magnet offer high speed alternatives but there geographical spread is very limited compared to UPC.

And it’s because most UPC broadband customers are also UPC TV customers as well it makes sense for SKY to emulate this model, given its huge market penetration.

One or two details are still not forthcoming from Sky. There is no confirmation about contention levels which is the performance of its broadband service when there are many users in the same area using the internet at the same time.

Sky is using the same explanation as Eircom and instead talks about’ bandwith ‘management, a side stepping tactic which the normal man in the street will not comprehend.

But there is a downside for SKY. Because it is using Eircom’s service people living in rural areas will have the same problem as before which is the limitation of that service. In most remote areas, Eircom’s fixed line network can’t accommodate broadband.

The company’s new offering is part of an increasing presence in the Irish market where it is in the process of increasing its overall employment figures in Ireland to nearly 900.In 2012 it employed 60 people directly.