The main changes to be released in the Finance Bill. 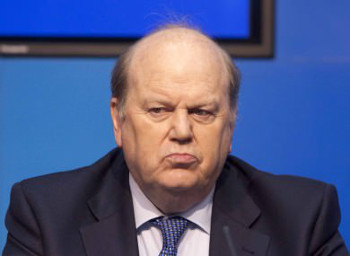 Michael NoonanIn a few days time we will all learn the fine details of Irish Finance Minister, Michael Noonan’s Budget 2013 as the Finance bill will put meat on the bones of his budget proposals.

Here are some of the main points.

Property Tax:
Anyone who owns property will have to pay 0.18 per cent on their homes value, based on a ‘bands’system. Those with properties worth over €1 million will see the charge rise to 0.25 per cent. There will be some exemptions such as first time buyers in 2013.It will be a local property tax which means that the way it will be calculated is going to cause inequality in places where property is more expensive.

Tax reform plan for SME’s:
The Finance bill contains details on reforming corporate tax relief for start-up companies, amendments to the R&D tax credit system as well as an extension of the foreign earnings deduction to additional countries.

PRSI changes:
The big one! Abolition of the PRSI free allowance. This exempted the first €127 of income from PRSI. Now it will generate significant revenue for the Irish government and should mean that the average person will pay an additional €20 per month.

Capital taxation changes:
The rates of deposit interest retention tax (DIRT), capital acquisitions tax (CAT) as well as capital gains tax (CGT) all will now start at 33 per cent. In particular, DIRT has now increased by 65 per cent since 2008.

Cuts in Welfare:
A tax on maternity benefits as well as an announcement that child benefits would be cut further.

The old reliables:
An extra €1 in excise duty on wine and 10 cents on your pint.