Taylor books her place at Olympics with ‘no match’ contest!

Katie Taylor, three times World Amateur Boxing Champion at 60 kg (2006/2008/2010) has qualified for the London Olympic Games. She achieved it on the back of making the semi-finals of the AIBA World Women’s Championships in Qinhuangdao, China after her opponent, Romanian Mihaela Lacatus, had to pull out of their quarter final match due to a neck injury. 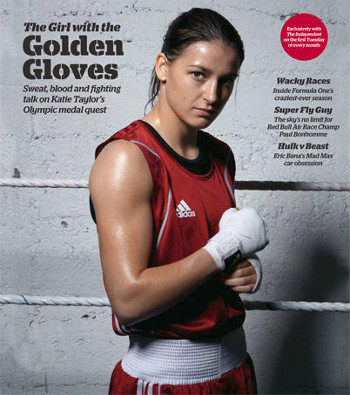 katie_taylorTaylor has been fighting since she was 12 years of age coached by her father Peter, himself a successful amateur boxer.

Her first major success was at the 2005 European Amateur Championships, in Tønsberg, Norway where she won the gold medal, defeating Eva Wahlström of Finland in the final of the 60 kg lightweight class.

But it was in New Delhi in 2006 that she really showed her class at the World Amateur Championships. That year Taylor became Ireland's first World Champion, defeating Annabella Farias of Argentina in the 60 kg final.

She is now the sixth Irish boxer to qualify for the 2012 Olympic Games and is also the second boxer from the Bray Boxing Club to make it alongside Adam Nolan. They will be joined in London by fellow boxers Paddy Barnes, Michael Conlan, John Joe Nevin and Darren O’Neill.

This is the first time that Women’s boxing will feature as a sport event at the Games where three weight categories will debut - flyweight, lightweight and middleweight.