Highcon Unleashes The Power Of Paper At drupa 2016 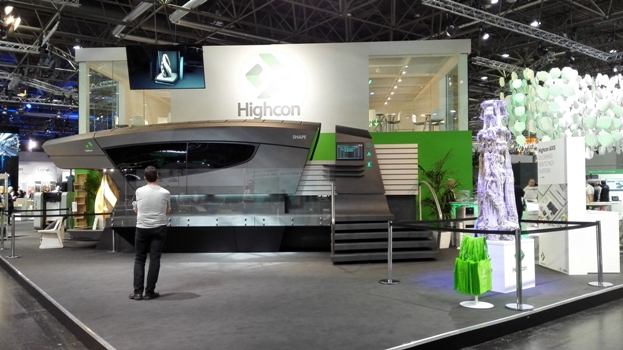 "Unleashing the Power of Paper" is the slogan being used by Highcon at drupa 2016 (Hall 9, C50) this year. The company revealed an entire world of applications that can be achieved by its digital finishing customers such as folders and packages to paper fashion, large format display items, including 3D models made of paper.

Visitors are able to see some amazing results made possible with Highcon's technology even before reaching the company's booth, in the North entrance and in the drupa cube in Hall 6.

Wanda were hesitant at first when they were initially approached by the Messe Dusseldorf to produce  a number of eye-catching displays, planned to be the hallmark of drupa 2016. In fact, they thought it would be impossible to produce the kind of scale required. However, in collaboration with Highcon, the results speak for themselves, combining unique design elements that needed to be produced at an industrial pace. 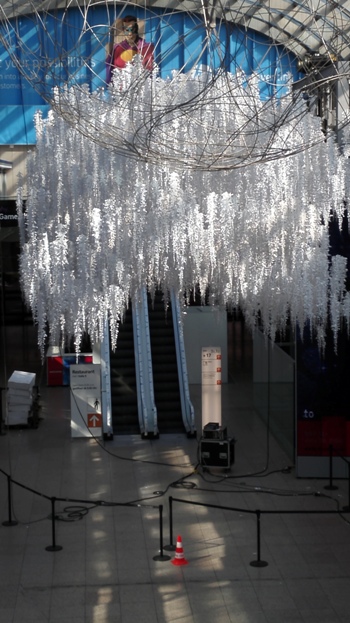 "At drupa 2016 we are proving the strength of our vision of delivering digital technology that bridges the gap between design creativity and production capability.

The extensive range of different and exciting applications on our booth, from the paper fashion show, through to the general commercial and packaging products, and on to the 3D applications, were all produced on our digital cutting and creasing machines and we are proud to be introducing a whole new portfolio here at drupa."

One surprise at the show was the unveiling of the Highcon Shape 3D machine. Designed by Padwa Design, renowned industrial product and car designers, this is a technology preview of Highcon's new machine, implementing its Rapid Layer Manufacturing Technology aimed at transforming the 3D print world from rapid production to rapid manufacturing. The Highcon Shape, envisaged for release in drupa 2019, will deliver real life, large scale products from a file to reality, within minutes, using any kind of paper. This machine is being developed to produce products at high speeds and at costs that are unmatched by any 3D printing technology.

As previously announced at Highcon's pre-drupa event, the Highcon portfolio of products is running throughout the show on the booth. The aim is to showcase compatibility with a large range of partners, from offset press manufacturers, and also B2 and B1 digital printing companies.