12% visitor growth at this year’s exhibition! More than a third of show already rebooked for 2016. 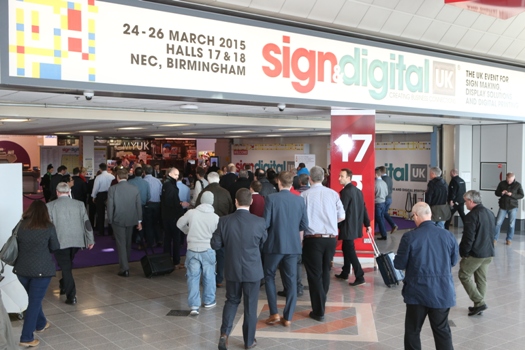 Sign & Digital UK has confirmed its status, once again, as the UK’s leading exhibition for the sign making, display solutions and digital printing industry following a mammoth show with more than 6,800 unique visitors, plus 350 who revisited the show on more than one day (awaiting audit), a 12 per cent increase on 2014’s visitor figures of 6,115.

The three-day event took place at the NEC, Birmingham from 24 to 26 March 2015 and featured a host of exclusive UK, European and world product launches, kit demonstrations, new show features and more than 35 daily seminars and workshops.

Faversham House, the event organisers said that with extensive sales and leads made across the three days, exhibitors were eager to secure their stand space for the 2016 event, with more than one third of next year’s floor space already booked up.

Rudi Blackett, portfolio director, said: “This year’s Sign & Digital UK has been excellent, with a huge range of product launches, a wealth of sales across every day of the show and high volumes of good quality visitors.”

“I’d like to take this opportunity to say a huge thank you to all our exhibitors, visitors and supporters who have made this year’s show such a success! We look forward to seeing you all again in 2016, on the later dates of 26 to 28 April.”

Sales were strong across the three days of the show, with Jetrix making an impressive sale within the first hour on day one. Perfect Colours confirmed sales of more than 20 HP Latex 300 printers. Radecal reported a life of activity for the entire show with over 20 CNC and laser machines sold over the three days. Resolute DTG also confirmed over £100,000 and PrintMAX had sold more than 20 printers before the end of the show.

"GPT's eighth consecutive year at Sign & Digital UK has been one of the most successful in terms of business done at the show. With lots of new machines on show for the first time in the UK from Mimaki and HP, conversations focused on the benefits to be enjoyed by these exciting new printers." 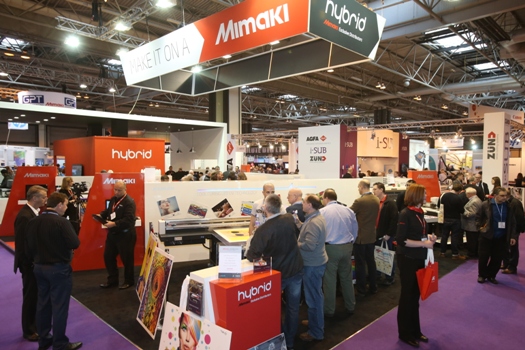 “Sign & Digital UK has always been a fantastic opportunity to meet customers both old and new, but also a great time to sell. This year has been no exception, with a fantastic array of customers and opportunities, plus a daily dose of sales enquiries. We look forward to the show every year and will certainly be back again in 2016.”

“We have experienced unprecedented enquiry levels on stand regarding the new HP PageWide Technology. The show has been great for us. These are very exciting times for our company as we implement our HP PageWide service certification.”

“It’s been a great show for i-Sub and we’ve made a number of significant hardware sales off stand”. 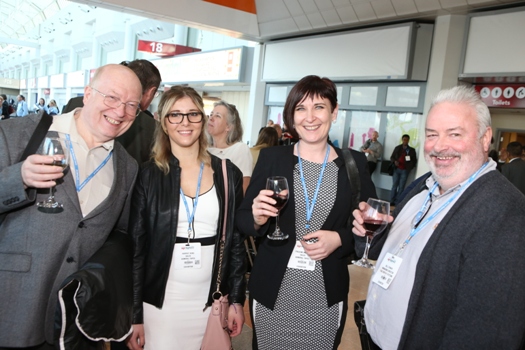 “Sign & Digital UK 2015 gave us the unique opportunity to launch two new products into the large format market, as well as promote our principal range of existing media. Our placement of AlumiGraphics outside the halls drove a steady stream of visitors to our stand and we’ve enjoyed a really busy and engaging show.”

“This year our resellers have confirmed significant sales across the Mimaki range. We’ve found a lot of the visitors to our stand have been very well informed and already committed to investing. By visiting the show and seeing the products in the flesh, they’ve found it much easier to make the final investment.” 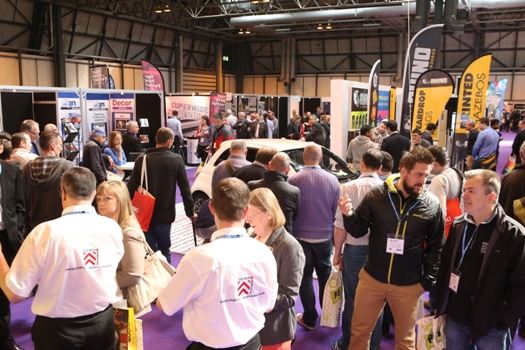 “We’ve had a really good show, loads of people on the stand, loads of strong enquiries, lots and lots of orders of HP Latex, lots of interest in the EFI and the Jetrix printers – it’s been a fantastic show. We’ll definitely be back next year!”

Sign & Digital UK also confirmed its reputation as the exclusive launching pad for the latest technologies and equipment. 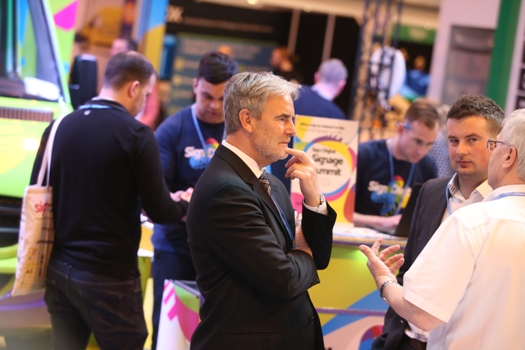 Agfa Graphics showcased its latest addition to the i-Series, the Anapurna M3200i RTR. 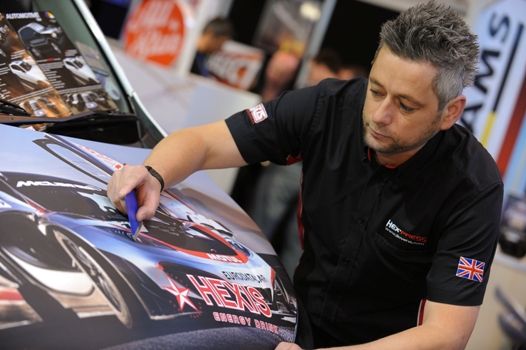 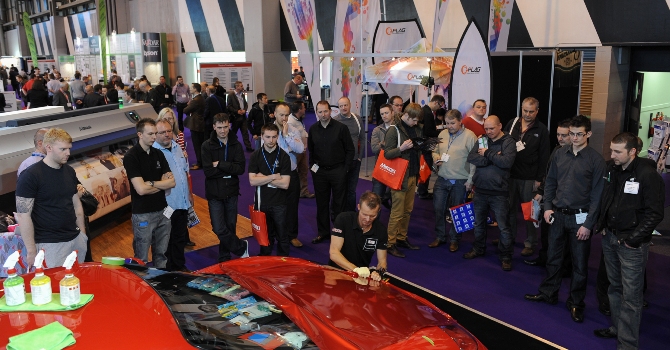 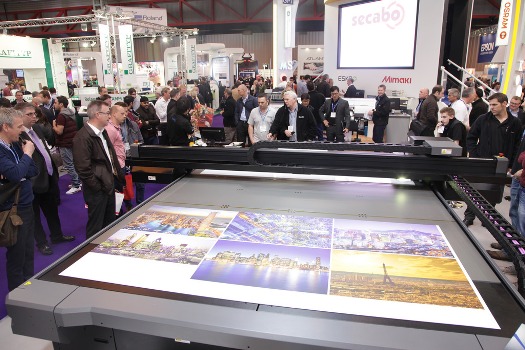 In the software world, Nth Degree’s stand saw considerable interest in its new prototype augmented reality app. While Shuttleworth demonstrated its new service feature “kitting” which has been designed specifically for the vehicle wrapping market.