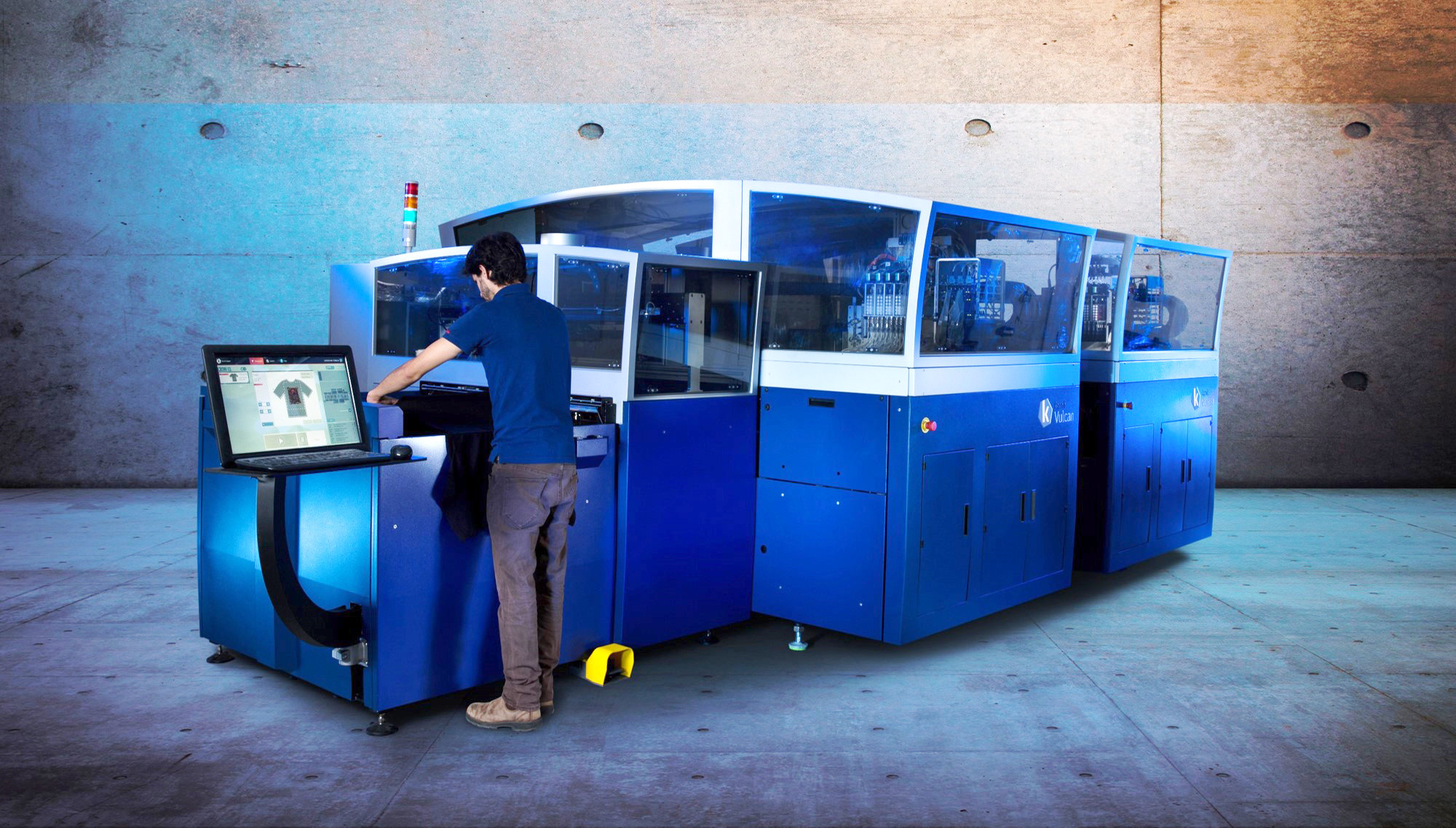 Kornit Digital is a worldwide market leader in digital textile printing technology.  On 23 August it announced that it will take part in SGIA Expo 2016.  It is North America’s leading tradeshow for imaging and printing professionals and will be held at Las Vegas Convention Center September 14-16.

In the center of Kornit Digital’s exhibit there will be three products that are shown at a North American tradeshow for the first time.

Kornit’s Vulcan is the fastest direct-to-garment printing system in the market, capable of producing up to 250 high quality garments per hour, with dark and light garments printed at the same speed. The company’s new direct-to-garment flagship is a digital platform that for the first time rivals screen printing for mid-to-long runs, due to its extraordinary speed and ink efficiency. Compared to the company’s current systems, Vulcan users can reduce the cost per print by up to 40%. With the Kornit Vulcan, more textile printers and garment decorators can benefit from digital printing advantages which include drastically reduced turnaround times, mass customization capabilities and the elimination of setup costs, coupled with significantly reduced labor and manufacturing space. {loadpositionas1}

The Kornit Allegro, with its print width of 1.8m, is a single-step digital textile printing system that is designed for high-speed end-to-end production, using Kornit’s patented NeoPigmentTM printing process. The system features an inline pretreatment technology and works on a variety of fabrics, both natural and man-made fibers and blends. It is the only industrial textile printer available today that integrates all production steps in a single, integrated production line, removing the need for complicated pre- and post-treatments such as steaming and washing. In fact, it is the fastest way from digital designs to the finished fabric. Relying on Kornit’s proprietary process, textile companies and brands can shorten their turnaround times, cut intermediators and eliminate inventory cost. Because of its resource-efficient technology, saving energy and water, the Allegro is also a top choice for environmental protection, can be located practically anywhere and is especially suitable for local production requirements.

Kornit’s Storm Hexa, which will see its North American launch at SGIA, is one of the most advanced industrial direct-to-garment printing systems for medium-size businesses. Its features include a recirculating ink system to reduce ink consumption and to further optimize reliability, as well as an increased number of nozzles to increase productivity over previous Storm configurations. The new Storm Hexa is equipped with 16 print heads and two additional colors for full CMYK, Red, Green and White support. It is the system of choice for color conscious applications such as the production of promotional and brand related garments. It also can produce up to 170 garments per hour in high productivity mode. The Storm Hexa will be shown on the booth of Hirsch, Kornit Digital’s North American distribution partner.

Kornit’s presence will be completed by a host of high-quality samples produced on Kornit’s systems. Kornit Digital’s patented NeoPigment printing process features one-step printing with inline pretreatment, compatibility with a variety of fabrics and outstanding print quality. Kornit is a full solution provider that also produces its own NeoPigment ink series, as well as software and workflow solutions, complemented by an international service and support network.