The killing of Cecil the Lion is a small piece of a huge issue. 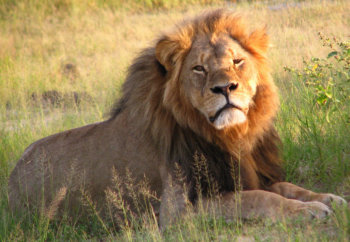 Cecil the LionWalter Palmer quickly made headlines last month when Zimbabwe Authorities said the Minnesota Dentist was responsible for killing Cecil the lion, one of the country’s most beloved lions and mascot of Hwange National Park. Zimbabwe officials claim that Palmer paid two guides $55,000 and killed Cecil after he was lured from the Park. Once his identity was released by the media, he instantly became the most despised person on the planet.

Twitter posts of enraged people flooded the site, his dental practice suffered angry, negative reviews on yelp, and there have been threats against his life including PETA. Even celebrities joined the outrage with Piers Morgan offering $50,000 to anyone willing to hunt Dr. Palmer. Sharon Osbourne (and others) hoped that he loses his home, money, and practice, and Jimmy Kimmel went as far as to compare him to Bill Cosby. With his home vandalized, he was forced to shut his practice and go into hiding. He since released a statement saying that the guide secured all the proper permits and paperwork, making the hunt legal and it was not until afterwards that he realized the Lion was protected. The outrage doesn’t end with calling for Dr. Palmers head. Three major U.S. airlines, Delta, United, and American, have all banned shipment of Big Game trophies which include Africa’s “Big Five”: lion, leopard, elephant, rhino, and buffalo.

Cecil’s death seems to put a face on an issue that resonates deep with many people. The African Lion is listed as vulnerable by the International Union for Conservation of Nature (IUCN), meaning they are likely to become endangered unless conditions surrounding their survival change. By some estimates, about 400 African Lions are lost each year to big game hunting and have suffered more than a 50% loss in population in the last 30 years. A century ago, there were over 200,000 Lions, today; fewer than 30,000 exist in the wild.

It is not just illegal poaching that affect populations. In South Africa alone, big game hunting brings in close to $750 million per year and is responsible for creating many jobs. Over 15,000 hunters travel to Africa annually, about 60% from America alone. It is such a big industry that farms exist where the animals are bread to be hunted.   Canned Hunting, as it is known by many, involves breeding lions in captivity and allowing hunters to track them in a small space. There are about 1000 animals killed each year as a result of the practice. It is so popular that there are almost three times as many lions in captivity than in the wild in South Africa. Professional Hunters Association of South Africa (PHASA) president Hermann Meyeridricks has said that the money from the industry goes to South Africa’s game reserves and environmental minister Edna Molewa called it a source of "job creation, community development and social upliftment.” Despite claims of it being an essential source of income, it has been found to contribute minimally to the GDP of African nations with much of the money going to hunting outfits and government officials. 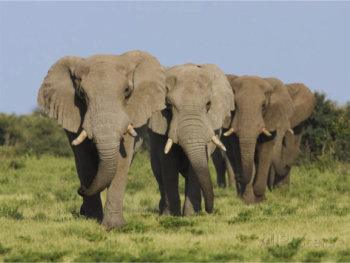 Elephant bullsPro hunting advocates consistently make the claim that hunting bulls that are past their reproductive prime eliminates old and weak individuals and makes room for more virulent individuals. Many species have suffered a similar fate that the African Lion has. The African Elephant once saw populations that were around 3-5 million individuals a century ago, but are now less than 500,000. In the 1980’s there were about 100,000 elephants killed each year. Rhinoceros have suffered even more, with a population that once exceeded 500,000, now reduced to 29,000 today (about 20,000 of those are the white rhino).

Aggression against the hunting and killing of Africa’s big game whether legally or illegally has been slowly building as hunters of these animals have been in the headlines including Kendall Jones, who received a backlash after killing a lion in 2014, and Donald Trump Jr, who has been pictured with many animals he has hunted. Is Walter Palmer the worst offender? Not even close, but he happened to be the hunter who pushed the agenda too far. Hunting and illegal poaching has caused these animals to be endangered and non-existent in many countries where they were once prevalent, but that does not mean that all hunting is bad. With proper regulations and standards, hunting prevents overpopulation of species which can lead to malnutrition and disease. It is important to distinguish between the activities of a hunter that has a detrimental effect on a population vs once whose actions are beneficial.