Let’s Make A Deal (on emissions)

Can an agreement work between the world’s leading carbon emitters?

As we progress toward the winter months, news about climate change does not slow down. It seems every day there is a new development on this topic. The National Oceanic and Atmospheric Administration is the latest to make headlines with data that says this past January-October was the warmest 10 months since record keeping began in 1880.

Unusual weather patterns and drought, climate change is certainly going to help grab its share of attention. President Obama has also taken notice. In June, he announced a massive plan to reduce power plant emissions by up to 30% by 2030. At the recent climate summit, with many of the world’s leaders present, he further emphasized the need for nations to reduce emission. Chinese president Xi Jinping was notably absent from the summit. Jinping however, has answered President Obama’s call to action by reaching a deal that will cut emissions in both countries. The plan was announced on Nov 12, three days after the Presidents arrival at the Asia Pacific Economic Conference (APEC). For the United States, the goal is to reduce emissions by 25% - 28% from 2005 levels and China, intends to have carbon emissions peak by 2030 with 20% of energy coming from renewable sources. 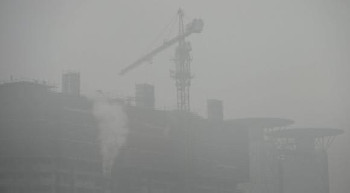 Air Pollution in BeijingFor China, it is a necessity to reduce emissions as conditions in major cities has become hazardous. Air pollution is so bad that the Beijing skyline is often barely visible and airports have to shut down because the air is so dense. Chinese scientists compare the haze to a nuclear winter. The Ministry of Environmental Protection (MEP) is responsible for measuring the level of air pollution in the country and use six atmospheric pollutants to determine the air quality index (AQI). Recently, this index reached well above 400 several times. The world health organization recommends exposure levels around 25 and anything over 300 is considered dangerous or severely polluted. Officials in Beijing instituted a new policy in October that forces schools and factories to shut down if the air quality reaches hazardous levels for three days in a row. There were at least 10 days in October which reached such levels. People were even told to stay home for several days leading up to the conference to limit emissions from factories, buildings, and cars. It is feared that air pollution may be one of the leading risks to personal health and is being linked to cases of lung cancer and deaths of hundreds of thousands of people including children.

Many are wondering how effective this agreement will be. The United States has been reducing carbon emissions for several years but has to increase the rate of reduction in order to reach its goals. China on the other hand must make drastic changes to reach the emissions standards that it agreed to. Many are concerned about the idea of peaking carbon emissions by 2030 and how they are going to do it. It is argued that the country may not have the capability of reaching these goals or even intend on committing to them at all. Climate scientists wonder what levels of carbon emissions will look like at China’s peak and are concerned that 2030 may be too late to reverse environmental impact. 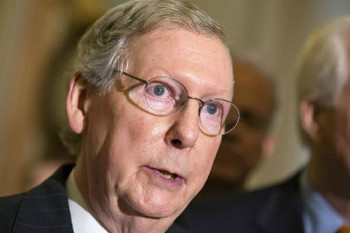 Mitch McConnellFor policy makers in the United States, the deal has been just another on the long list of issues to quarrel about. Democrats argue that Congress is obligated to take action on climate change and urge other nations to follow the U.S. – China lead. Mitch McConnell, a senior U.S. Senator from Kentucky was particularly critical of the deal. He said “This unrealistic plan that the president would dump on his successor would ensure higher utility rates and far fewer jobs.” McConnell also called it a war on coal with his state, Kentucky, being one of the United States leading producers of this fossil fuel. House speaker John Boehner also criticized the bill, pointing to potential job losses.

Is this new agreement between the world’s two largest carbon emitters a groundbreaking agreement that some media sources call it? Or is this just a political ploy? The language in the agreement has many questioning the true intentions of the emissions plan. Despite all of this, the concerns over climate change are growing throughout the world. Nations will look to the global leaders of greenhouse emissions to lead the way and initiate necessary changes. It seems at the moment that the sole accomplishment of this bill will be to create arguments against it. Only time will tell how effective it will be.