Wild fires are raging out of control in the Western U.S. 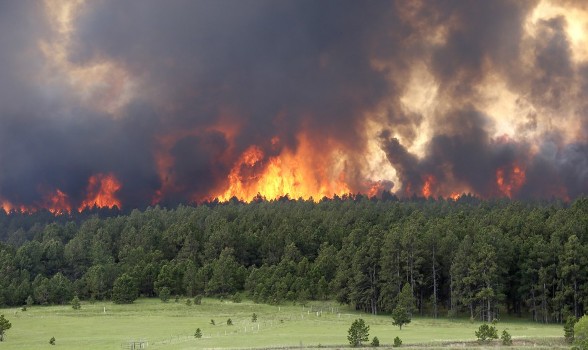 In 2015 wildfires have burned over 8 9 million acres of land in the United States As a wildfire raged through Anderson Springs California on a Saturday, September 12, a resident took a video of the escape from the inferno. It is a frightening but all too real part of life in parts of the U.S. However, it’s not uncommon to hear news of wildfires raging over massive areas of land in the western United States during the summer and early fall. This year has been particularly trying on firefighters as a near record 8.9 million acres burned (36017 sq. Km), an area that is larger than many states.

The vast majority of activity during this wildfire season has been in Alaska. A typical season sees around 800,000 acres (3237 sq. Km) of land burned. Earlier this summer, fires raged out of control with 5.2 million acres (21043 sq. Km) incinerated which is an area larger than Massachusetts. In the last 50 years, 2004 had the worst wildfire season. The main reason why these fires have spread out of control has been a landscape that is becoming drier. Alaska has experienced a faster temperature rise than the rest of the U.S. Temperatures reached record numbers this summer following a 2014 season which was the warmest on record. Little snowpack and drought in recent years created perfect conditions to feed a fire.

To date, 742 fires burned through Alaska’s Boreal forest, which lies in the states interior. With the massive size of the state, many of these fires were in locations far from civilization, making them difficult to reach. In many cases, these fires were left to their own devices and just allowed to burn. During a speech while visiting Anchorage, President Obama had said "Alaska's fire season is now more than a month longer than it was in 1950. At one point this summer, more than 300 wildfires were burning at once." According to Sam Harrel, a spokesman for the U.S. Bureau of Land Management's Alaska Fire Service, 10,000 – 15,000 lightning strikes over a three day period was a major cause for these fires. 417 of the 700 plus fires have been linked to lighting strikes. 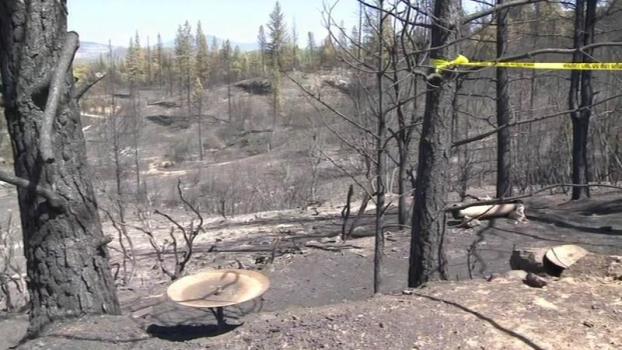 An area burned by the Butte fire in Northern California While most Alaskan fires were far away from civilization, other states have not been so lucky. In California, Governor Jerry Brown issued a state of emergency and 23,000 people were forced to leave their homes. One of the blazes, called The Valley Fire has grown into one of the worst fires in the state’s history. The Valley fire began in the town of Cobb, about 100 miles north of San Francisco. Over 2000 buildings have been destroyed to date including 1300 homes. At least seven people died as a result after being unable to escape their homes. Over $200 million dollars have been spent battling the fires in California and damages are estimated to add hundreds of millions more to that number.

According to the U.S. Forest Service, the season in which these fires range is an average of 70 days longer than it was in the 1970’s and burn twice the amount of land than in the 1990’s. While record drought and higher temperatures driven by climate change are major players, they are not the only reason. Many experts point to the act of fighting these fires rather than letting them burn. On small, controlled levels, forest fires can be beneficial. They clear the forest of excess undergrowth, help the production of nitrogen in soil, eliminate dead trees, and stimulate seed production of trees. They also clear the forest floor of excess leaves, sticks, and dead trees, all of which are excellent sources of tinder that can stimulate fires. Because of the methods of fire suppression used, a buildup of excess tinder occurs.

The U.S. government spent $3 billion on fighting and preventing forest fires. The vast majority goes to protecting homes that are at risk for fires. In the western U.S. alone, 897,000 homes are in risky areas for wildfires. With wildfire costs already exceeding budgets and the population of at risk areas increasing, extra strain is put on the professionals who fight them. The future looks even grimmer as the National Oceanic and Atmospheric Administration has predicted an increase 6 fold in wildfires. As the Western U.S. continues to dry up, risk will only increase for those living in major populated area.