Hawaii may seem perfect, but it is not problem free! 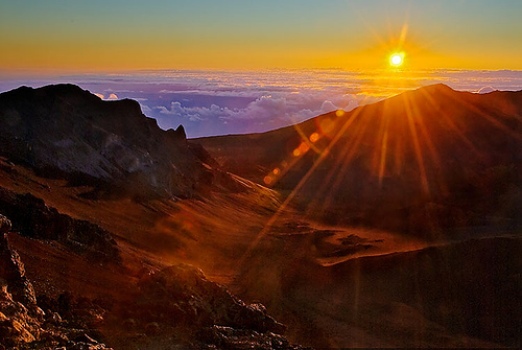 A view of the sunrise on top of Mount HaleakalaIt is an exhilarating experience standing at over 10,000 feet above sea level at 5:00 A.M. What makes it even more special is that just 45 minutes prior, I was at sea level, driving past beaches and admiring the coastline. The location is Mount Haleakala, a dormant volcano on the beautiful island of Maui and the sunrise here is an absolute ‘must see’. At least that is what I am told because on this particular day, some clouds decided to join all of the other visitors at the summit and left very little room for the rest of us to enjoy the view. Just getting to see this crater of the volcano, and all of its cinder cones, more than made up for the weather’s cloudy intervention that day! On the second largest of Hawaii’s islands, Haleakala looms large, so large, that 75% of the island is made up of the volcano. Much of where I spent my time in Maui was spent along its outer edges travelling and exploring.

Hawaii is renowned for its natural beauty and rich cultural history. The Hawaiian Archipelago is over 1500 miles with hundreds of islands. Much of what people envision when they think of Hawaii are its eight main islands: Hawaii, Maui, Oahu, Kauai, Lanai, Molokai, Niihau, and Kahoolawe with each one having its own identity and uniqueness. There are 1,392,313 people living in the Aloha state, it ranks 40thin population (953,000 on Oahu alone) and 46th in size out of the 50 states in the USA. Hawaii certainly makes it presence known with almost 8 million visitors each year from all over the globe.

The islands are lush and ecologically diverse with many ecosystems including rainforests, deserts, and snowcapped mountains. The “Big Island” of Hawaii alone contains 10 of the world’s 13 biomes. With over 25,000 plant species, they are one of the most biologically diverse places anywhere. This diversity is not all that it seems however. Most of the plants that grow there are not native, and were either brought by the wind, birds, or people. Many of the birds were introduced, there are only two native mammals ( one of which is terrestrial), no native reptiles on land, and there are no native amphibians. Its highly valued crops like sugar cane, macadamia nuts, coffee, and fruits were introduced to the islands. Even the most famous of its crops is not native to Hawaii. Of course I am talking about the pineapple. Yes, the pineapple is not a native Hawaiian fruit but local residents will proudly say that their pineapple is better as they let it ripen on the vine for 24 months as opposed to 18 month in most other countries. This makes for a sweeter, less tart pineapple. I can confirm this fact and those looking to do a taste test will have to travel for it as Hawaii does not export its pineapple. 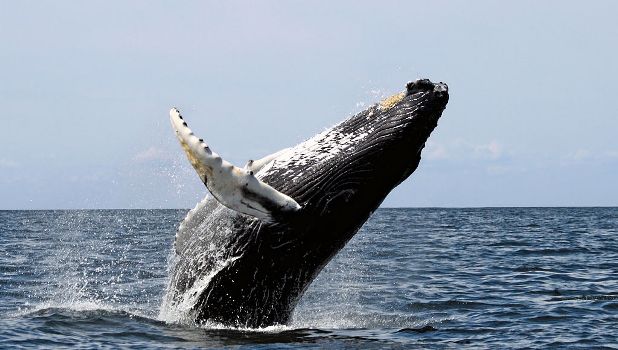 Humpback Whales can be seen Breaching from Hawaiian shoresLocated 2400 miles from the nearest continent, it is certainly isolated from the rest of the world. Being so remote, things were a bid desolate in Hawaii’s infancy. Despite having so many of its successful species being imported, they had many years to adjust to the ecological conditions. There are other organisms which do not live in harmony with the rest of the life. These are deemed invasive species. Hawaii has a big problem with invasive species, possibly more than any of the 50 states in the US. Miconia is a tree from South America that can grow up to 50 feet tall. With up to one million seeds being produced per year by each tree, it can quickly take over forests, preventing other plants from growing. 24 species of algae have been introduced to its waters, causing destruction of coral reefs and other coastal ecosystems. Growing problems include the red imported fire ant which damages crops and finds its way into populated areas biting many people and mosquitoes that have found their way to the islands bringing disease. The brown tree snake is a unique nuisance from its behavior because it lays its eggs on power lines, causing power outages and destroying lines. In its native Guam, it has been known to cause a power outage every four days.

Miconia can grow up to 50 feet tall and kill other plantsThe Hawaii Invasive Species Council is a collaboration of agencies from the state of Hawaii and US. Federal agencies. It was created in 2003 to address with the purpose of dealing with invasive species by planning, coordinating, and implementing strategies to prevent the introduction of invasive species into the islands. The council suffered large budget cuts in recent years losing its initial $4 million budget by 50% or more. In 2015, they were approved for close to $6 million dollars.

Hawaii is unlike most places in the world with a diversity and culture that cannot be found anywhere else. Even Humpback whales love to travel to its waters from the bitter cold of the Alaskan Winter. For all its beauty and wonder, Hawaii is not without its share of troubles. By some it is called “The Endangered Species Capital of the World” with hundreds of organisms on the Endangered or Threatened list. The people who call this paradise home want to preserve the ecosystems that have flourished there. They also want to make sure that invasive species will not affect the people that travel there as well. People from all over the globe flock to this island paradise! Its beaches, rainforests, volcanoes, food, and culture are unique and unforgettable.

For more articles on the environment from Daniel please visit http://www.dpnlive.com/index.php/news/general-news/environment