The environmental cost of diesel laundering

It is estimated that in certain parts of the country up to a third of the diesel bought at fuel pumps could be ‘laundered’ by criminal gangs. This is the process carried out on subsidised diesel distributed to farmers which contains a dye to prevent it being sold at the pumps. The gangs remove this dye in ‘laundering factories’ using a chemical process and supply the washed fuel to petrol stations who sell it on to their customers for the full price. It is estimated that this multi-million euro business costs the exchequer over 100m a year in lost tax revenue. 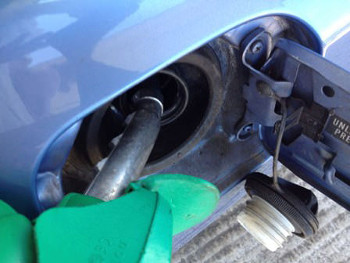 Petrol-tankBut there is another cost not as publicised as the lost revenue and that is the cost to the environment. Besides the fact that the laundered diesel can damage engines, the process itself requires the use of dangerous chemicals such as sulphuric acid and bleaching agents and results in a waste by-product, a tar-like chemical compound or sludge. This toxic substance, which is of no value to the gangs, is being abandoned in remote areas of the border counties under cover of darkness and is endangering the local environment.

The waste sludge has been dumped near rivers and lakes and can seep into the watercourse, polluting drinking water and ground water. For the many people with private wells, it can be extremely dangerous and cause illness. It’s presence in rivers and lakes are also a threat, particularly to the valuable fishing industry in the border area. Last autumn, a river in Donaghmoyne in Monaghan, which is a spawning ground for winter salmon, was polluted when a load of the sludge was tipped into it.

Most of the petrol laundering is being carried out in the border areas specifically South Armagh and it is the border counties in the republic who are suffering the most from the dumping. Farmers are finding large plastic containers of this messy substance on their land and in isolated lanes and roads. The clean-up process costs the councils of Louth, Monaghan a lot of money and time. Since, 2005, Monaghan Co Council has spent €1.5 million to deal with 156 incidents of illegal dumping. There are no facilities in this country to treat the hazardous waste so it has to be shipped abroad for treatment.

Since the downturn, this illegal industry has increased with more and more legitimate petrol stations re-selling the washed diesel. Unfortunately, once the station owners accept this diesel, they become complicit and must continue taking the defective fuel.

This problem is increasing and it must be quite obvious to the government that the present system of subsidising farmers’ use of diesel is encouraging criminality. A change in the system similar to that used in Europe where the farmers buy the diesel for full price and receive a monetary rebate would wipe out the illegal industry but as yet there seems to be no political will to do so. So for the moment, the fragile ecosystem of Cavan, Monaghan and Louth remains in danger.