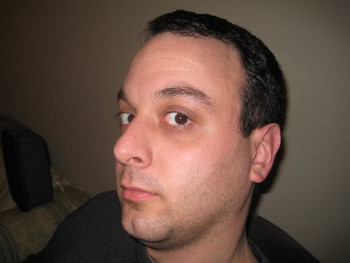 the look of a curious mindJohn F Kennedy international airport sits 12 miles southeast of Manhattan in the borough of Queens.  It is the sixth busiest airport in the United States and the largest international hub in the country.  Long check in lines and frequent flight delays rank it among the worst airports in the US to travel from.  Just driving to and from the airport can be nauseating as I can attest to from my own first hand experience.

For several years, I even had to drive through it to get to my old teaching job.  My classroom had lovely views of the runways and it was always fun teaching lessons with planes flying overhead.  I can go on about experiences at JFK but since this is an environmental column, there is much to say about the ecology of the area surrounding the airport.

Located just south of JFK airport sits an estuary and wildlife refuge that is largely forgotten about by most New York residents which is known as Jamaica Bay.  The bay consists of a variety of ecological habitats including salt water, brackish water, fields, woods, and salt marshes.  It is the only wildlife refuge in the US National Park System and has an abundance of animals that call the bay home.  Jamaica Bay is also considered to be the premier bird watching area in the Northeast United States with over 300 species residing there.

As I previously mentioned, flight delays can be an issue at JFK and there are a plethora of reasons why they happen.  One of the most unusual reasons is due to one particular resident of Jamaica Bay, the diamondback terrapins.  These turtles have been spotted on runway 4L on several occasions.  They first made headlines in 2009 and have found their way into the airport several times since then with as many as 150 turtles crossing the runway at once causing delays of up to 90 minutes.  To help contain the terrapins, a plastic barrier was constructed by the waters edge.  However, this does not always prevent the turtles from reaching the airport as evident on July 3 when the tides washed 86 turtles over the barrier. 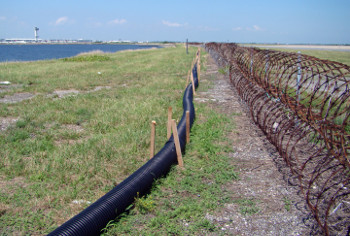 Terrapin BarrierThe barrier is not a complete failure though.  In 2012, 800 turtles were collected on the runway, in 2013, the number diminished to 400 turtles.  So far this year, 300 animals have been recovered and returned to the wild. Why do these animals like the airport so much?  While the diamondback terrapin rarely leaves the brackish water they call home, June is the primary mating season for them and they prefer to come ashore to mate and lay their eggs on a nearby beach.  As for the cause of the surge of the terrapins crossing the airport, researchers point to the diminished population of raccoons.  They feed on the eggs of turtles, which keeps the terrapin population under control eating as much as 95% of the hatchlings.  In 2008, many of the raccoons in the preserve died from a distemper outbreak.  As a result, the terrapin population has rapidly increased with an estimated 20,000 species now living in Jamaica Bay.

Turtles that get struck by aircraft are a major concern for the safety of these animals and passengers alike.  It is not just the turtles that are of concern however.  When an aircraft strikes a terrapin, it can attract seagulls and other animals.  This poses a potentially greater threat of birds striking airplanes and even getting caught in engines.  Bird strikes cost airlines up to $400 million per year and $1.2 billion worldwide.  In the past five years, over 25,000 birds have been shot near JFK airport including 1600 protected species.  The Animal and Plant Health inspection service says that it has a right to kill any birds in an emergency situation that it deems to be a threat with the exception of eagles and endangered species.  Critics say that the agency has too much leeway in killing birds that normally carry a fine. 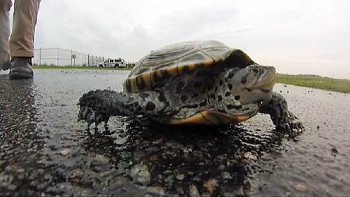 Terrapins at JFK AirportJamaica Bay and John F. Kennedy airport have been neighbors for quite some time but they do not have the greatest of relationships.  Pollution, sewage discharge, airport expansion, and population control are issues that are affecting the area.  That is the price to pay when an ecological area is in the middle of the busiest metropolitan area in the United States.  Despite all the difficulties, the airport and the wildlife will continue to be neighbors.  The next time you are caught in a delay at JFK airport, perhaps it might be due to one of its neighbors to the south.