Oh, And Feel Free To DROP Me A Line! 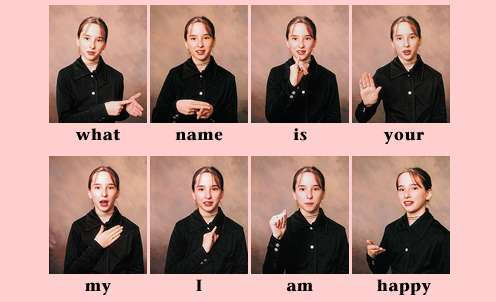 SigningA few days ago while in my local drug store (chemist’s shop), I stood in line behind a group consisting of a young woman and three elderly men. In a few seconds, I realized that the three men were deaf (or at least profoundly hard of hearing) and intellectually impaired. They were clearly having a great outing, selecting treats to purchase and using sign language to communicate with one another.

One of them kept trying to gain my attention by grunting, then signing something. It wasn't hard to understand him: He would point to himself, then to his candy, then to his mouth. I smiled at him and said to him, "Oh, you're buying yourself some candy to eat!" The second of the three then turned on the full wattage of his smile and stared at me, moved closer to me, and grinned widely at me all the while. Without thinking about it, I gestured toward him and made an emphatic sign for "happy," the sign for "man," and the sign for “today.” ("You are a VERY happy man today!" I said aloud to him as I signed.)

That same man spoke up then, in agreement with me, the delight on his face even more obvious than before: “Yes,” he nodded; but, "HAPPY!" he exclaimed (aloud and quite intelligibly).

I suddenly realized that I had been signing. HOW ON EARTH HAD I BEEN ABLE TO DO THAT?

Then it hit me: Years of watching the children’s television show, “Sesame Street,” had obviously paid off!

I have to add to this otherwise feel-good story that there was a grouch behind me on the line. He constituted the only thing that marred the experience. UN-happy that he was forced to wait for three very slow customers, he started making his own grunted comments (under his breath but loud enough for me to hear him). At one point, I asked him if he was in a hurry and would he like to go ahead of me, but that made him even more uncomfortable. (Maybe before the old grump dies he'll learn to see the simple beauty in this type of encounter and will become less of a curmudgeon. Sad to say, I doubt it.)

Somewhat soured by the grinch’s reaction to what I considered to be a meaningful exchange among people with differing communication skills, I told some of my friends about this “on-line” meeting and was heartened by the response of old friend Peter Driscoll, who told me about his own uplifting (and humorous) meeting with a member of the deaf community. As Pete recounts it: “I was visiting a friend who was battling his third assault from cancer. His amazing son had just flown in from Florida. As I pulled into the driveway, my friend’s wife waved me down to say that their son was in the kitchen overseeing dinner preparations. I had never met this young man—a preacher for a deaf congregation—but after we exchanged handshakes, he intuitively understood my crude attempts at signing. After two beers and swapping paper notes, I wrote to him, ‘Is there any difference when signing with people from foreign countries?’ He scribbled something quickly in response and passed the paper back to me (with a sly smile on his face).   He had written: ‘I sometimes have trouble with their accents.’” Pete was put in his place (but with kindness and understanding, to be sure)! 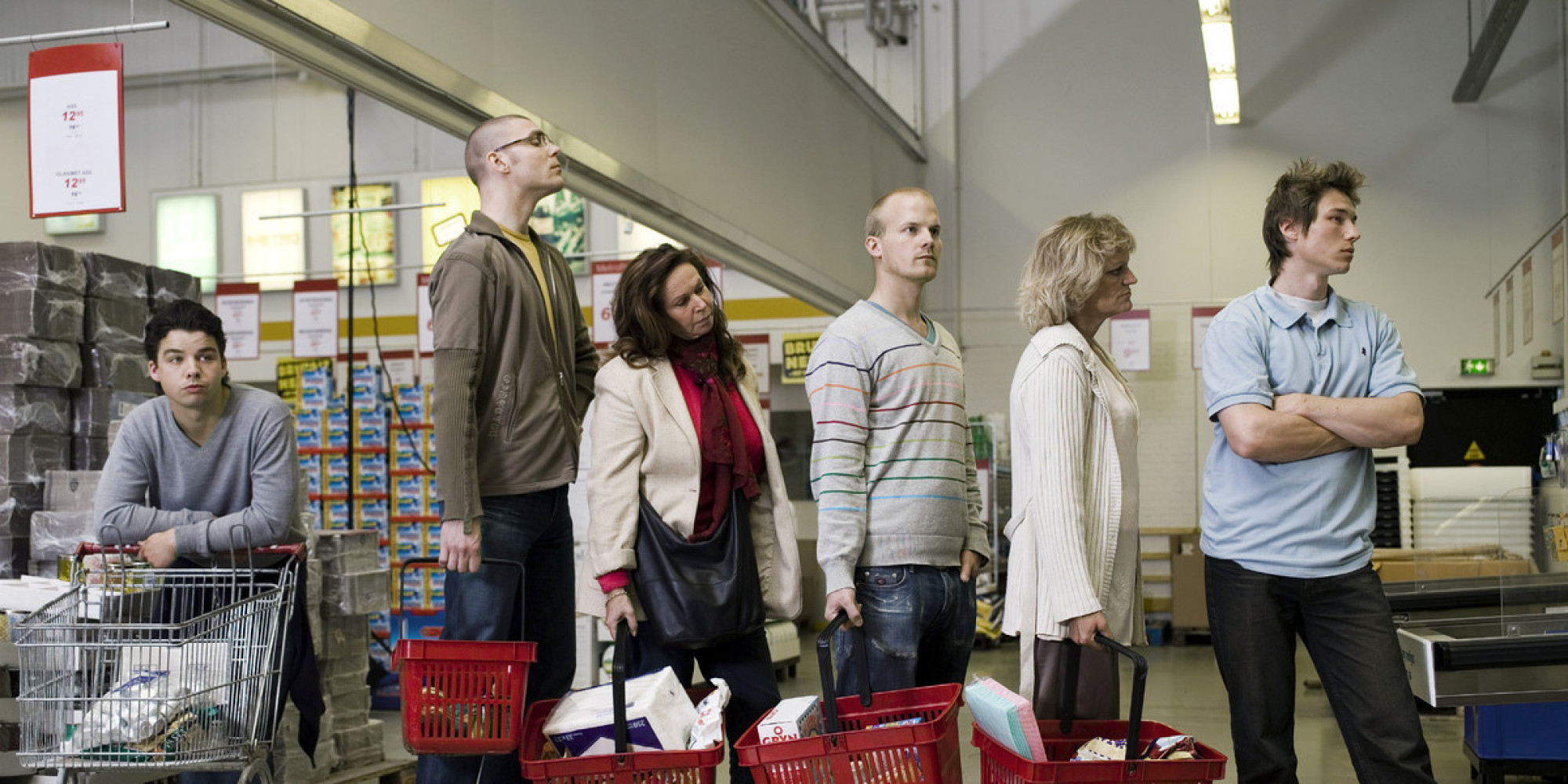 Waiting in lineGod has created so many good people in so many lands, and speaking in so many languages! He leaves it to US to listen and to try to understand one another! Why do we make this so difficult?

That realization (and subsequent question) brings me to one more "on-line" experience—just why these are happening to me so frequently right now is a question I’m currently pondering—which occurred just a few days following the encounter mentioned above and cemented my belief that polite one-on-one discourse can go a long way in solving many of the ills that plague our modern world.

While waiting on line at a local supermarket, the customer behind me placed about two dozen jars of baby food on the conveyor belt. A handsome young man, he was bearded, wore a yarmulke, and was dressed in a longish black wool coat. The customer ahead of the two of us looked as if she was buying groceries for the stars (and crew) of “19 Kids and Counting” (an American TV reality show about the Duggar family in Arkansas and their 19 children). She was obviously going to take quite a while, so, to pass the time, I turned to the young man and said, "You appear to have all of your teeth, so I'm guessing there's a baby in your house."

In response, he nodded and whipped out his phone to show me a picture of an exquisitely beautiful baby girl. I murmured the appropriate oohs and aahs, then asked of him, "Do you have a large mishpoche [Hebrew for ‘family’]?"

Glancing at my Irish-as-Paddy's-pig face, he was momentarily startled, but responded, "We're just getting started but we'll accept as many blessings as we are given." After exchanging a few more pleasantries, he introduced himself as a rabbi at the Chabad of Great Neck. We agreed that you can't grow up on Long Island without learning a few words of Yiddish or Hebrew; however, he did express his amazement that I knew the generally lesser-known word, "mishpoche" but lived in Manhasset—and not in Great Neck, my neighboring town, which boasts a larger Jewish population and where I'd be far more likely to have heard that term before.

Whoever said that on-line encounters can't be delightful--even meaningful--should probably spend less time ON LINE at a computer, and more time waiting ON LINE with three-dimensional people.

What one can learn about others is often surprising and can change many a preconceived notion.

I’m really looking forward to standing on line again someday soon. When the snow we have been experiencing lately in this neck of the words abates—more about THAT in my next “Letter From America”—I’ll no doubt have another encounter to add to my memory banks. Whether or not the next one is worth recording for posterity remains to be seen.