O'Donnell Irish EyesFor the last umpteen years, prescription medicines have been advertised on American television.  Most often featured in such commercial ads are drugs with names that make little sense to the typical boob-tube aficionado.  One exception to this generalization existed in an advertising campaign for the prescription sleep aid known as Lunesta®.  In my opinion, the name itself had a pleasing, even soporific ring to it; don’t you agree?

The juxtaposition of “lun” (from “luna,” the Latin word for moon) and “esta” (presumably borrowed from “siesta”) lent to the name an intellectual (not to mention bilingual) cachet. Televised advertisements for Lunesta concluded with the usual disclaimers about the possible side effects known to be associated with use of the drug by some individuals.

Then, as now, disclaimers in drug ads were always recited by a honey-tongued, male voiceover actor who could as easily have pursued a career as a cattle auctioneer, so speedily spouted were the disclaimers he delivered to the viewing audience.  I’d venture to guess that more than a few insomniacs missed hearing (or ignored) Mr. Mellifluous’ declaration that ingestion of Lunesta could cause an “unpleasant taste” in a user’s mouth.

Although I never tried Lunesta myself, my friend Joy, who had been having trouble sleeping for months, saw a couple of the advertisements and decided to request a prescription from her doctor, who readily agreed to a trial of Lunesta by handing Joy a script for 20 pills.  The warning about that “unpleasant taste” didn’t begin to describe what Joy experienced on the morning after taking her first Lunesta tablet.  She told me that, although she had slept well after taking the pill, she awoke the next day feeling as if a small furry rodent had died in her mouth during the night.  “Didn’t you listen to the disclaimers?” I asked her. “That’s no furry rodent; that unpleasant taste is a known side effect of Lunesta.”

When thoroughly and repeatedly gargling (going through about a gallon of mouthwash) failed to eradicate that decidedly unpleasant side effect, Joy dumped the remaining pills down the toilet.  Naturally, when she told me what she had done with her 19 remaining Lunesta tablets, I envisioned some sewer rodent (after a long and restorative rat nap, of course) complaining to a pal in his rat pack that he felt like he had dined out the night before on a dumpster full of decomposing human entrails.  (Hey!  I can’t help the way my mind works but, if it’s any comfort to you, there is probably a drug on the market that might cure me.)

Lately, the names of the pharmaceuticals advertised on the idiot box make no sense to me at all.  The newest to come across the airwaves is a drug called Myrbetriq®.  When I first heard it pronounced, I thought immediately that this had to be the generic form of a drug.  I was wrong.  The generic form of Myrbetriq is mirabegron.  For what medical condition, you might well ask, is Myrbetriq prescribed?  Bladder dysfunction!  Yep, that is correct:  If you suffer from urinary urgency and/or frequency, Myrbetriq could be the pill you should pop.  But what layperson is going to remember the name of this medicine?  Why, it might take even a seasoned medical professional — most of whom are accustomed to weirdly named drugs — a dozen or so repetitions of the name in order to recall it on command and to spell it correctly on a prescription pad.  Will that healthcare provider advise patients of one possible side effects of Myrbetriq? After all, it’s a doozy. 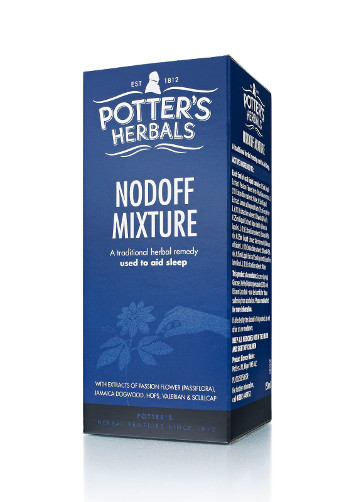 Let’s just hope that upon prescribing Myrbetriq to a patient, every doctor, nurse-practitioner, and physician’s assistant will remember to tell her this:  “Oh, and by the way, you might fail to completely empty your bladder every time you visit the loo but, on the upside, you’ll make those visits far less often!”

Side effects aside—and there are plenty of them mentioned in the Myrbetriq advertisements currently airing, believe me—what I really want to know is the name of the guy who saddled this drug with such a ridiculous brand name.  I’d like to ask him what drug he was taking when he did so?  If he wasn’t tripping on some hallucinogenic compound, it could be that he suffers from the very symptoms Myrbetriq is supposed to alleviate.   Maybe what he meant to name Myrbetriq was “Gottapeealot” but, because he himself had such an urge to go, he rushed through his e-mail to the head honcho of the drug-naming division over at Big Pharma, Inc. and prematurely hit the SEND button.  The naming of “Myrbetriq” could very well be the result of a typo made by a fellow with a dysfunctional bladder.

When he is fired—as well he should be—I would like Big Pharma, Inc. to consider me as his replacement.   Seriously.  Indeed, my heart’s a-flutter at the thought of spending my work week assigning names to drugs in development or about to be foisted on American consumers.  Although I won’t be able to eliminate all possible side effects from the drugs I name, you can be absolutely certain that any name I do select for a drug will have at least a passing relationship to the symptoms that particular drug is intended to treat.

I have to say, though, that as glorious as the thought of such a job is to me, I would look forward to the day when the chemists, researchers, lab techs, sales teams and I all lost our jobs at Big Pharma. That day will arrive when, at long last, the drug that will prevent or cure every illness known to mankind is invented.  Only those associated with that drug’s manufacture and distribution would retain their positions at Big Pharma, Inc.  Best thing of all:  I wouldn’t even have to name the new drug, as it already has one:  Panacea.

May that day come soon!