Ellen NeumannAs a baby boomer* I grew up in a world where no one worried about how to dispose of their garbage, conserve natural resources or preserve the earth for future generations. The 1950s and 1960s were a time of excess, opulence and ignorant bliss.

Aerosol cans filled the air with everything from hairspray to insect repellent cutting holes in the earth’s atmosphere. Cars were large and environmentally unsound, pumping out clouds of poisonous carbon monoxide. The accelerated use of plastics in all phases of life added indestructible density to our terra firma, creating carcinogens when burned that further polluted our natural resources.

As science and technology progressed it became clear to new generations that something had to be done to stop the apparent “genocide” of Mother Earth. I realised in principle that it was necessary for me to change my “evil ways” but never dreamed it would be so difficult for me to do.

I grew up in a rural area in the Catskill Mountains of New York State. My grandparents and parents lived on our farm property with acres upon acres of land to do with as we pleased. My Mom and Nana each had her own garbage heap in close proximity to their homes. When the trash pail was full, it was taken down to the garbage pile and dumped, along with any other junk or garbage that the family produced. 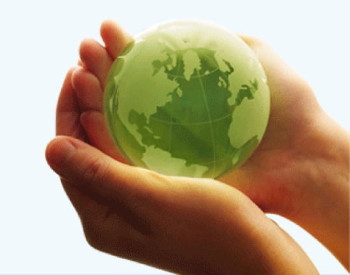 This included motor oil and tyres as well as any and all household garbage. If we needed to rid ourselves of old magazines, newspapers or anything else that was flammable, including plastic bottles, we hauled them out to the burning barrel in the back yard and lit a match. Car needed a new battery? No problem. Chuck the old one on the garbage pile. No biggie. Ah, but today we know it was indeed a massive biggie!

I continued my parent’s legacy of planet destruction. As a young wife and mother I had my own home and although we had graduated to using a garbage service, we still had the good ole’ burning barrel in the back yard. My cars ran on eight cylinders and omitted the same poisons into the air as my Dad’s had 20 years previously.

Recycled materials had started to come on the market but I paid little attention to them opting instead for less expensive old fashioned “stuff”. When recycling became mandatory in New York State, I attempted to separate my garbage but only half heartedly. I continued to sneak cans of paint and other crap into black plastic bags that were taken to the recycling center. My rational was “what you can’t see can’t hurt you”. The reality of this was that I was spoiled and lazy.

Today I know that yesterday’s “biggie” has caused the earth to choke and sputter on the waste of humanity. Our oceans are too warm; our climate erratic. Our polar caps are melting, our tropics getting cold. My children and grandchildren worry about what their future will be like because of all the foolishness and destruction handed to them by the likes of me. They remind me constantly to recycle, reuse everything possible and refuse to litter. They demand and deserve a cleaner less toxic world. My daughter attempts to reform me. She is vigilant in her attempt to save our earth one soda bottle at a time. She composts, she separates and disposes of cardboard and all other types of refuse in an environmentally acceptable fashion. She is determined and single minded when it comes to ecology.

I admire her perseverance and forward thinking habits; always striving to improve on her modus operandi. Every time I am tempted to toss a can or candy wrapper out of the window of my gas efficient car, I remind myself how important it is to behave. I do my best, I really do. For my girls, for their future and for the good of the planet I will stand at that recycling centre impatiently separating cans, bottles and paper. Kicking and screaming all the way to a cleaner and safer earth. That’s my truth and I am stickin’ to it!

How about you? Think there is still time to save the planet? Think that global warming is real or a figment of some scientist’s imagination?

I will listen and respond.