THE MOST WONDERFUL TIME OF MY YEAR. 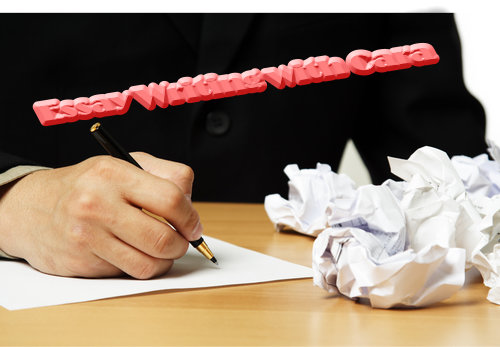 Essay Writing with CaraThere are very few things I enjoy more than assisting high school seniors in writing their college-application essays. To be sure, this task, which I have undertaken each year for about three decades, is challenging, but it is always rewarding in the end.

My busy season begins (in the case of ambitious teens) in August and ends, quite often (but always—and only—with respect to less motivated students), the day before their applications are due. The prepared student arrives for our first session with a rough draft of his essay in his summer-tanned hands. He has chosen the topic for his essay with great care, selected his approach to it, and requires of me merely a few suggestions for improvement. However, I meet with such students only once in a blue moon.

The kids who seek my help are primarily those who need some hand-holding while choosing a topic or deciding how to develop that topic, and who agonize over almost every word in every sentence. Some parents ask me why their child’s first session with me sometimes yields not a single written word. I don’t question their right to inquire; after all, in hiring me, they agree to part with no small number of their hard-earned dollars. They generally accept the fact that in my first meeting with their child, I need to learn a lot about him: What are his interests? About what things is he passionate? How strong is his command of spoken language? Does he like to write? Because my initial encounter with their child is basically a fact-finding mission, I never charge them a penny for it. In fact, though, that meeting, whether it lasts 15 minutes or 45, is by far the most important, at least from my point of view. By that meeting’s end, I can predict, almost to the minute, how long and how often he and I will need to meet before his major essay is polished and ready for submission to the colleges of his choice.

Over the years, suggested topics for college-app essays have changed, but not dramatically. There is always what I call a “freestyle” topic; the student is asked to describe a significant event in his life or something about himself that sets him apart from others. Interestingly, many of the students with whom I’ve worked over the years ignore the single most significant thing I learned about them in our initial meeting, one of the reasons why I deem the introductory encounter so critical to the rest of our working relationship.

For example, some years ago, I had a student who wanted to write about her job in a hospital cafeteria, a job which she says strengthened her desire to study nursing in college. In our first meeting, however, she told me that she had, at the age of 12, delivered her aunt’s baby—wait for it!—in a school bus on its way to a summer day camp in which she was a camper and which, coincidentally, her aunt owned. Now, of the two, what experience do you think I advised her to use in her essay? (That student is now, in fact, a nurse who is working on her doctoral degree. Her cousin—no worse for the wear from having made her debut into the world on a school bus bench—will be writing her own college-application essays a year from now. I do hope she, too, would like to work on them with me!)

You’ll have to excuse me now, as I have to sign off. I have an appointment this afternoon with a senior whose essay is finally almost ready to submit. I wonder what the admissions committee will think of him while they read about the hilarious “season of his discontent,” when he, a dedicated vegan, accepted the only summer job he could find, as a busboy at Big Lou’s Steak House. I’m pretty sure he’ll be dropping me a line in a year or so from his first-choice school.