THE WAR ON WOMEN: OH PLEASE! NOT AGAIN! 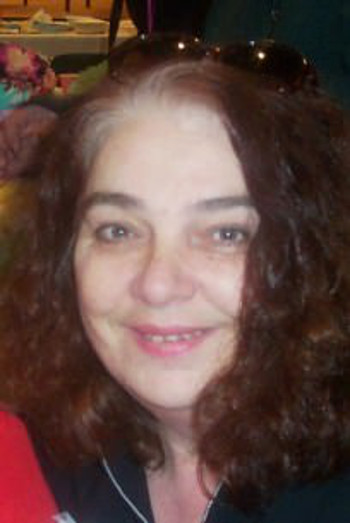 Ellen NeumannMy grandmother, Margaret Sheridan Dillon, was born in Queens, New York, in 1892. This was a time when women in the US did not have the right to vote, were underpaid substantially in comparison to our male counterparts and were not allowed to study medicine, law or most other professions considered to be strictly male territory. This wrong began its transformation to righteousness in 1919 when the 19th Amendment to the US constitution gave women the right to vote. My Nana Margaret and her counterparts suffered the challenges of second-hand citizenship and overcame them. They fought for and won the right to vote and by doing so opened doors for future generations of women. Over the past 100 years, American women have striven for and attained a certain degree of equality. In addition to the right to vote, we receive equal pay for our labour and have achieved some political clout. From the outside looking in, it would appear that our goal has been achieved; that we have it all. Not so!

A war is being waged on American women by one of our own major political parties. “Not true!” claim the candidates vying for the party's nomination in the 2012 presidential election. Rush “right-wing-ultra-conservative-nasty-bully” Limbaugh (host of a radio talk show) verbally abused and insulted a bright young Georgetown University female student (Sandra Fluke) who was testifying at a Congressional hearing. When this atrocity occurred, not one of the men running for public office stood up to Limbaugh and said “NO! What Rush did to that young woman was WRONG and will not be tolerated!”   The prospective presidential candidates were more afraid of the wrath of this radio shock-jock than they were indignant about his unscrupulous bullying tactics. Limbaugh referred to Ms Fluke as “a slut and a prostitute” simply for voicing her opinion to Congress regarding birth control. Do these powerful men have no daughters, wives or mothers to defend? Wow! How’s that for strides towards equality! Growing up I often heard the slogan “You’ve come a long way, Baby!” used in conjunction with the feminist movement. Really? It seems to me that Baby is losing ground and fast!

What happened to the rights women have fought so long and hard to attain? There are factions in my country whose agendas seem to target women as people who do not deserve the right to choose what is good for them and for their bodies.  There are lawmakers in certain states (Arizona for example) who want to pass laws that will limit a woman’s access to birth control. They want women to prove medical need instead of personal choice before her insurance company pays for her birth control pills. How controlling and wrong that is! How dare they presume to take away the rights that we have fought so long and hard to attain? What will be next? Will the powers-that-be take away my right to earn a fair wage or vote in an election simply because I am a woman? No, you say? How can you be sure? And get this: they hide behind GOD! They call themselves the moral majority and beat the Bible till it is falling apart. They preach democracy, freedom and “Christian living”, all the while telling me what I should or should not be doing with my body. Their motto seems to be “My way or the highway!”

L-R- friend-Margaret Sheridan Dillon-friend,circa 1918-19The road to equality for women has been difficult; our struggle to achieve social justice continues to be an uphill battle. We cannot be silenced. Not now when we have come so far; not ever again. In the words of *Helen Reddy I say: “I am woman, hear me roar”! The best way for me or any woman to make herself heard is to cast her vote in November. Just do it! We have the power to show that equal worth and equal dignity belongs to all human beings. For my Nana and my sisters, my mother and my daughters, my granddaughters and most of all for myself I will stand and say “Bring it on! Hear me roar!”

*Helen Reddy is an Australian singer/songwriter/actress who is often referred to as the “1970’s Queen of Pop”.

Link to her biggest tune: I AM WOMAN

Talk to me! Have you experienced gender discrimination? What are your feelings on this topic?

You can reach me at This email address is being protected from spambots. You need JavaScript enabled to view it..

I look forward to your comments and will answer all your communications.