O'Donnell Irish EyesI am slow to anger.  Ask anyone who knows me.  In my lifetime, the two individuals who most profoundly wounded me emotionally still occupy a large amount of real estate in the epicenter of my heart and, I suspect, always will.  That said, I admit to becoming easily irritated, sometimes by things others might classify as trivial, inconsequential.

Offhanded remarks, made in the guise of constructive criticism but uttered too late for me to heed them, are especially vexing.  I recently ran into a friend and mentioned to her that I was in a bit of a hurry, as I was on my way to an awards ceremony as representative of my employer.  “Oh, you really should get your hair cut before you go,” she informed me.  “It has gotten sooooo long and you look sooooo much younger with shorter, layered hair.” Crestfallen, I replied that I had just had my hair colored, highlighted, glazed to glossy perfection, trimmed at the ends, and blown out that very morning.  “Well then, all you need is a decent haircut!  Be a little late for the meeting,” she responded. We parted company seconds later—I, in a bit of a huff and, at the same time, feeling thoroughly deflated.  The dismay I experienced upon hearing her words didn’t evolve into irritation, unfortunately, until the awards presentation was long over.

In the meantime, I felt much like the kid on a swim team who realizes, to her delight, that she took first place in her race, only to discover that she won because she swam freestyle in a breaststroke event.  I understand, of course, that some people speak before they think, but, really, that encounter certainly elevated my blood pressure.

My mood, however, was greatly improved the very next day, when my seven-year-old granddaughter noticed that I was wearing my hair up.  “Oh, Mimi!” she exclaimed, “You have a ponytail!  You look four years younger!” To her, I suppose, four years, which amounts to more than half her life, was the “right” number of years to insert in her utterly charming and spontaneous compliment. Whatever her rationale happened to be for subtracting four years from my age (rather than five or ten, or just a plain, unmodified “years”), I know that I felt like a serious contender for the Miss America title when she did so.  The simmering irritation I had allowed to come to a rolling boil over the previous 24 hours evaporated in a flash.

Waiters who set the wrong order before me don’t annoy me, but people who act as if the world has come to a screeching halt when such a thing happens to them do cause me to grind my teeth in exasperation.

Equally nettlesome are my thoughts of the evil, unregenerate fiend of a man (for it was undoubtedly a man) who invented the ladies’ undergarment known to some women as the thong and to others as butt floss.  Worn so as to avoid the dreaded VPL, or visible panty line, the thong when closely examined is nothing more than a teensy-weensy triangular piece of fabric attached to two slender “arms” that encircle the wearer at hip level.  Never has such an innocuous-appearing item generated so many bitter complaints. 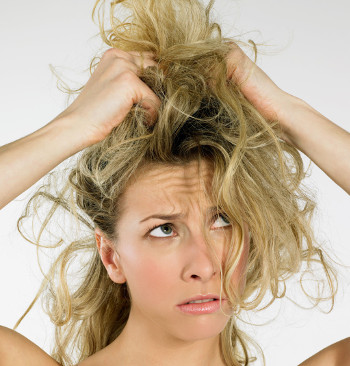 Their inevitable kvetching* notwithstanding, millions of women continue to buy thongs, often at ridiculously inflated prices.  The tiniest thong, so long as it has a designer’s name printed on its minuscule tag, can fetch upward of $20, enough to buy four kids’ meals at many a local fast-food restaurant.  Of course, when it comes to the less expensive thong, the old adage “you get what you pay for” has never proven to be more accurate.  Cheap thongs are invariably made of the coarsest grade of sandpaper on the market or (even worse) flypaper (the latter being useful not only as readily available thong material but also as a darned good depilatory).

Inconsiderate cell phone users might be the greatest offenders of all when it comes to riling me up.  Whether on a train, in a restaurant, or on line at the bank, I don’t want the grandchild in my company to overhear your description of last night’s sexual escapades.  (“Mimi, what does ‘hooked up’ mean?”)  Neither do I enjoy listening to one-sided arguments between husband and wife or mother and daughter.  Details of your recent cholecystectomy don’t interest me (nor, I would imagine, do they fascinate the person on the other end of your conversation).  Spare me your complaints to a contractor, pool service guy, and therapist’s office.

Oh, and, for the love of God, can’t you wait until you get home to tell your wife that nobody looks hotter, not to mention at least four years younger than she really is, in her brand-new thong?

Don’t jar my slats, please.  I can’t predict what might happen next!

*A Yiddish word, used often in parts of the US, meaning "complaining"