O'Donnell Irish EyesBack in about 1984, when my friend Pauline Kamen’s mother (herself with a head of hair dyed a hue not known in the natural world) referred to a member of her bridge club as “the gal with the ‘pitch-blonde’ hair.” I began to keep track of the amusing statements made by otherwise intelligent, well-educated individuals.

As I write this, the first person who comes to mind is the craggy-faced New England lawyer who assured my then-husband and me that he had gone over the real-estate contract we were about to sign with a “fine-tuned comb.” (He was obviously not going to kiss his fee down the toilet, was he? After all, in his small town, clients didn’t ride in on white elephants every day.)

The second was a teacher I once had who, when describing an oddity she had observed that day, called it “neither fish nor good red herring.”  Now, I didn’t know then (nor do I now) what makes a herring “good,” but I sure as heck know that a herring is a fish.  What she meant to say, of course, was “neither fish nor fowl.”  I was too well mannered and, frankly, too chicken to correct a teacher, but I did think it a bit fishy that she was teaching, of all subjects, a high school course in world literature.

That really shouldn’t have surprised me, though, because even professional writers occasionally cause an alert reader to do a “double tape,” as a colleague of mine used to say.  Take Tom Wolfe:  In his hugely popular novel Bonfire of the Vanities, Wolfe wrote, “All at once he was alone in this noisy hive with no place to roost.”  (I have forgiven him and hope, if you even remember this uncharacteristically awkward sentence, that you will, too.)

One hears laypeople torture the terminology peculiar to almost every profession, but a favorite source of these comes from folks in the medical field.  Doctors and nurses are accustomed to hearing Alzheimer’s disease referred to by some of their patients as “old-timers’ disease,” for example.  “Old-timers” has, in fact, become such a common mispronunciation that some of us use it on purpose.  Medical professionals can usually figure out what a patient means to say from the context, but sometimes it must be difficult for them to keep a straight face while they do so. 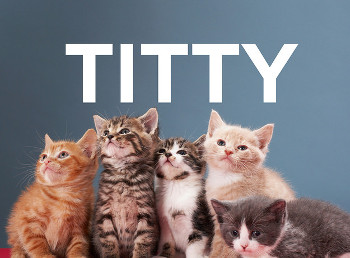 tittyIt must be fairly obvious to any doctor that a patient who is squirming in his chair, in all-too-apparent pain in his nether parts, that she doesn’t really have “asteroids,” but rather that her problem is a flare-up of pesky hemorrhoids.  What nurse wouldn’t have to repress a chuckle when his patient includes “genital heart defect” while reciting a past medical history of a “congenital” cardiac condition?  My old friend Joan Calderone (who has never worked in healthcare herself but who has been married to her physician husband for so long that she could probably play one on TV) provided me with a classic patient complaint:  “Fireballs of the Eucharist!”  Ummm, er…AHA!  Yes!  “Fibroids of the uterus!”  (It occurs to me that both fireballs and fibroids might cause a woman considerable discomfort.)

When asked for his favorite mispronunciation of a prescription drug, my pharmacist Peter replied without missing a beat:  “That’s easy,” he chuckled.  “Peanut butter balls!”  Before I could ask him the actual name of the drug, Peter’s pharmacist brother and partner Anthony chimed in from behind the counter.  “Phenobarbital!”  But of course.

Now, postpartum depression isn’t anything to make light of, and I don’t intend to do so here.  But I have to tell you about a woman I know who, a few months after the birth of her second baby, snapped right out of her own (very mild) depressed state of mind.  To what, you might well ask, does she attribute her miraculous recovery?  A mispronounced medical malady!  Just before making an appointment with her doctor for advice about her state of mind, my friend mentioned to her neighbor that she had a touch of “baby blues.”  Her neighbor admitted to having suffered from “postmortem depression” some years prior.

Oh, do you have to re-read that last sentence?  Go ahead.  While I’m waiting for you, I’ll be researching the possibility of a statistical correlation between “depression after death” and “smilin’ mighty Jesus” (otherwise known as “spinal meningitis”).

My college friend Libbi Manley Murray, who has an enviable set of pipes, never sang loopy lyrics in her life (at least in public), but she does admit to having sung a few misheard melodies in the privacy of her own home.  It was her sister Virginia’s rendition of “Guantanamera,” though, that was her favorite.  “One-ton tomato…she was a one-ton tomato” became the rallying cry in our dorm when our popular crowd wanted to convene an impromptu 3:00 a.m. gigglefest in one of our rooms. There, she assured us that, despite rumors to the contrary, Jimi Hendrix never sang “Scuse me while I eat this pie.”  What he really did was “kiss the sky.”  (I probably don’t have to tell you that our “popular crowd” was extremely, um, exclusive; i.e., small.  And, by small, I mean…oh, never mind.)

Glenn Normile still believes that “there’s a bathroom on the right,” and that Canadians really “stand on cars and freeze.”  Marianne Otremba, my high school classmate and long-time kindergarten teacher, was driving her then-middle-school-aged son and his friends to the movies.  At the boys’ request, she had the radio on at full volume (cool mom!).  When Five for Fighting’s song “Superman” played, the boys sang along at the top of their lungs:  “I’m just a man in her foreign red cheese!”  Real lyrics?  “I’m just a man in a funny red sheet.”  Pre-teen humor?  Maybe.  Bur Marianne is still laughing.  Go figure! 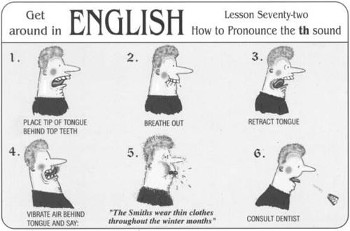 Silly simile, mangled metaphor, awkward aphorism, or tortured term:  We probably hear a couple of them every day of our lives.  Unfortunately, we are likely to forget them mere minutes after we vow to remember them.  But Jeannie Wands Gaston, an old friend of mine, is regularly reminded by her friends and family that she could be the (un-credited) originator of most of them.  Jeannie even reminds herself of this; in fact, she never hesitates to indulge in a little self-deprecating humor about it.  (She can afford to do this, as her many remarkable talents far outweigh her propensity for making a few—okay, more than a few—memorable gaffes in any one, 24-hour period of time.)  Her “Jeannie-isms” include “it’s water over the bridge” and “I don’t want to step on any feathers.”  She once advised her daughter to use the Mike Tyson grill to cook a chicken.  (George Foreman never retaliated.)  When she mentioned “orthotic Jews” in one sentence of a rambling story, no one in her listening audience dared interrupt to ask her if she meant “Orthodox Jews” or “orthopedic shoes.”  For a long time, Jeannie was fond of saying “a dozen of one, a half a dozen of the other.”  She was always careful when doing her young children’s laundry; never were the “screech marks” (skid marks) on undergarments more thoroughly pre-treated!

I repeat:  Silly simile, mangled metaphor, awkward aphorism, or tortured term.  We not only hear or read one or more a day but are all also guilty of uttering a few.  I know I have.  Why, I once accented the wrong syllable when reading the word “ebullient” aloud.  My father gently but firmly corrected me.  He explained to me much, much later on that he didn’t want me to be embarrassed if I mispronounced it at my own birthday party.  Kids don’t handle embarrassment well when they are five.