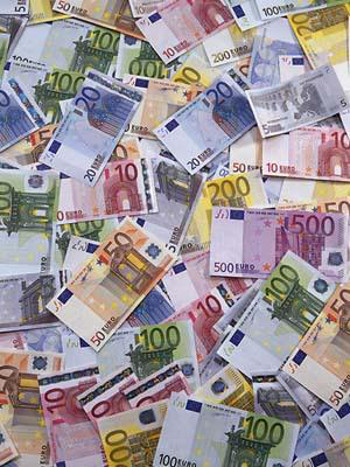 So you want to invest in new technology, bring your costs down and deliver a much better product and turnaround time frame. Normally speaking you would go to your bank with a business plan. But guess what? As a normal business it seems that neither the banks nor indeed the government or State agencies want to know.

Let me start by saying that I have a problem with the Government, Enterprise Ireland and County Enterprise Boards mainly, who, and in some case only, support High Potential Start Ups (HPSU’s).  According to the EU stats, 85.3% of all businesses in Ireland employ less than 10 people (micro business) and a very small percentage of those are HPSUs.

The AIB Start-Up Accelerator Fund is made up of €22 million - €20m from AIB and €2m from Enterprise Ireland.  The Fund is managed by ACT Venture Capitalists and is designed to help entrepreneurs create companies that can lead in international markets.

The fund was set up as part of the bank recapitalisation process and has already invested €2 million in five companies:

The AIB Start-Up Accelerator Fund expects the investment in these first five companies to create 92 jobs over the next five years.

As part of the bank recapitalisation with AIB four specialist seed capital funds have been established, with Bank of Ireland contributing the bulk of the €124 million they have available to invest.

The investments made by the new Fund will focus on developing high-growth, export-oriented companies in emerging sectors such as Digital Media, Internet, Software, CleanTech and Medical Devices.

Brendan O'Connor, Head of Commercial Banking, AIB, said: “The fund is an important element of AIB’s seed capital capability and the Bank now has facilitated the creation of €75 million in funding making it the largest seed capital provider in the country. With today’s announcement, it means AIB is facilitating, on average, one new investment per month in equity capital for fast growth and high potential Irish owned businesses, supporting the creation of new jobs across the country."

“If we are to turn this country around and create a new economy which can support the levels of employment we need, central to that will be dynamic Irish companies,” Minister Bruton said. “That is why a key part of the Government’s jobs plan is to target policies at sectors where Irish companies have the capacity to break into export markets and grow quickly to create jobs. ICT, financial services and life sciences are sectors where Ireland has a long record of success in attracting multinational companies, but the challenge now is to convert that into success also for Irish companies."