Legislation is proposed if FA does 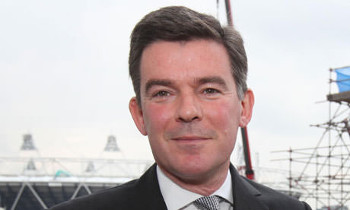 Hugh RobertsonUK Sports Minister Hugh Robertson has said the governance of English soccer must improve by the start of next season otherwise the U.K. government will bring in legislation to force change.

His remarks followed a report from the UK’s Parliament’s cross-party Culture, Media and Sport Committee which has just been published in London. It concluded that the Football Association (FA), English soccer’s governing body, is in need of “urgent reform” after it failed to implement previous suggestions the panel made in July 2011.

The report stated that the country’s professional leagues, especially the Premier League, have too great an influence over the decision-making processes of the FA. It pointed to increasing commercialisation, a lack of financial regulation, all of which is leading to “significant financial risk-taking among football clubs that threatens the game”.

The panel’s chairman, Conservative John Whittingdale said in an e-mailed statement that the government should “make it clear to the football authorities that further progress on these issues is expected within 12 months”. “If football cannot reform itself, the government should introduce legislation as soon as practically possible.”

A statement by the committee said it was “very disappointed” by the FA’s response to the proposals for change it made in 2011. These included shaking up how the FA operates and ensuring that clubs adhere to financial rules which would be regulated by a licensing system, to prevent financial risk-taking.