Doubt Over Woods For Augusta Masters 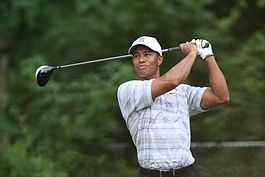 Tiger WoodsThere is concern that Tiger Woods may not make the Masters this year due to a back injury.

The 14-times major champion suffered back spasms last year at The Barclays tournament, and it appears the problem has continued.

With the event in Augusta starting on April 10, Woods was not giving too much away at a recent news conference held to announce a new sponsor.

He has played just three times on the PGA tour this year but could only complete two events, having pulled out of the recent Honda Classic on his final round due to injury.

Woods is quoted as saying, “I had a couple of weeks off, was getting treatment and trying to get ready for Augusta. As of right now, it’s still too soon to know, which is very frustrating”.