Body and Forgetting is a collaboration of the work of choreographer Liz Roche, film maker Alan Gilsenan and composer Denis Roche to create a powerful dance performance. 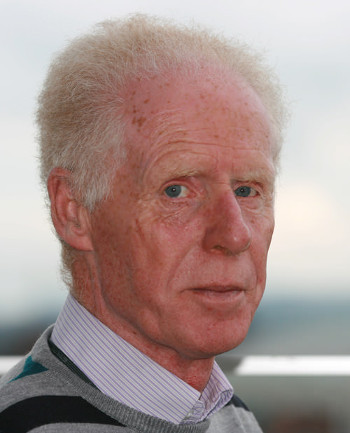 These are the new dates for Christy Moore and Declan Sinnott shows which were cancelled in January due to illness.

This exhibition will feature a selection of Jack B. Yeats’s sketchbooks covering 50 years of the artist’s career.

Award winning U.S. singer-songwriter Conor Oberst (Bright Eyes) is making his first appearance in Dublin since 2002 at The National Concert Hall on February 5th 2013. He is the musical mastermind behind highly acclaimed outfit Bright Eyes, and the newly reunited Desparecidos.

Why not visit the Family Activity Area where you might discover your romantic side and have fun making love tokens! Art materials provided.

Spring is on the way so why not drop in to the Museum and try its Spring Activity Trail. Copies of the activity sheet trail are available at the stand in the Irish Room. Remember, don’t forget your pencil!

You Should Be Dancing! A Tribute To The Bee Gees

The IFTA award-winning The Only Viking in the Village and star of RTE’s The Panel, BBC's Fighting Talk and Channel 4’s Stand Up for the Week tries to figure out which is the better version of himself – an idealistic teen or world-weary adult.

The Dublin Chinese New Year Festival (DCNYF) showcases the best of Sino Irish Culture in Ireland as it celebrates the Year of the Snake in 2013.

So visit Dublin and experience all that it has to offer.

If you would like a listing on the event calendar for Dublin events then drop me a line. The listing is updated every week.