In the same year that the UK is celebrating the Queen’s Diamond Jubilee, a long standing Hybrid customer, Bex Design, celebrates its own Silver anniversary. To commemorate reaching this milestone, Ian Board, managing director, and his colleague, Mel Rowden, have decided to walk all the way from a small village near their office to Hyde Park Corner in London, in aid of Wiltshire Air Ambulance. 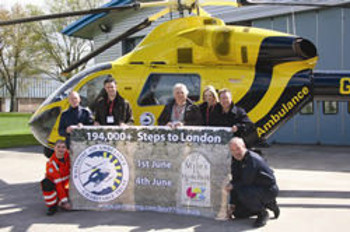 Ian-Board-and-Mel-Rowden-with-the-Wiltshire-Air-Ambulance-1The company – which combines a mix of high end digital kit, with a tradition of screen print production and cutting technology – produces printed membrane switch, graphic overlays, signage displays and self adhesive labels as well as a huge range of other products on an almost limitless array of substrates. Setting off on June 1st from the picturesque village of Yatton Keynell in Wiltshire, about 12 miles northwest of the company’s offices; the intrepid duo plans to arrive at Hyde Park on Monday June 4th. While Ian and Mel are walking the 97 miles to commemorate the company’s anniversary they’re also seeking to raise valuable funds for this excellent cause.

The Wiltshire Air Ambulance charity provides an essential and often life saving service 24 hours a day, seven days a week, 52 weeks a year. It relies solely on charitable donations and according to Ian Board: “We couldn’t think of a more worthwhile and local cause. All of the monies raised from the 97-mile challenge will be donated to Wiltshire air ambulance trust.” 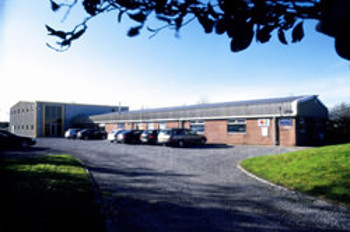 Bex-Design’s-premises-in-WiltshireBoard came up with the idea on a family day out, when he stumbled over an ancient mile marker confirming the distance of 97 miles to Hyde Park, thus sowing the seeds for the challenge. Backing Bex Design and its cause, Hybrid’s marketing manager, Duncan Jefferies, wished the two resolute walkers well. “Ian and Mel have a huge challenge ahead of them. We’re delighted to sponsor them for the walk and wish them the very best of effort.”

Anyone wishing to support Bex with their sponsorship efforts for this truly worthwhile cause can visit www.justgiving.com/bex97milewalk 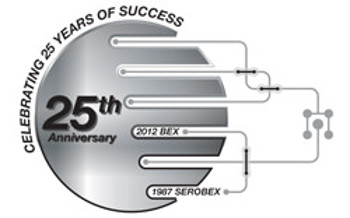