How to get huge market share, without even trying 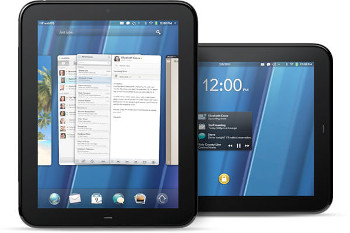 hp-palm-touchpad-tabletAs business people, you may have heard of the theory of price elasticity.  It’s a very real theory that operates in real life.  In short, if a product is price elastic, it means that if you increase the price – you sell less, and if you decrease the price – you sell more.  In fact, when you look at it practically, it makes sense.  I hope the government take note of it in the upcoming budget when it comes to VAT increases.  But that’s for another article.

Well, HP has inadvertently put that theory into practice.  Let me explain.  When HP took over Compaq and then Palm, it decided to use the Palm operating system in its newly developed tablet – the TouchPad.  For a whole string of reasons, including the lack of apps on the system, it didn’t take off and HP decided to kill off the TouchPad earlier this year.

As you no doubt know, Apple, with the iPad, is the leader in this market with their iOS operating system. And others are following, e.g. Samsung, Asus, Motorola and Acer.  From January to October this year market share, after Apple, is as follows:

Apple is expected to hit 65% of the market by the end of 2011.  So far, January to October, they have sold 25,000,000 Tablets, so the mathematicians out there can work out there rest of the figures from there.

NPD, the market research company, has carried out this research and say that the manufacturers sold just 1.2 million Tablets from January through October, bringing in $415 million in revenue.  As the year moved on, sales increased steadily. Second-quarter sales were three times better than the first, and third-quarter sales were twice that of the second, NPD found.  A nice trend to be part of!

Now, back to the start of the story and HP! When HP decided to drop their TouchPad, they dropped the price in order to shift their stocks.  When they did that, they passed out Samsung in sales and became second in the market, after Apple.  They got 17% of the market.

Now that shows the theory of price elasticity.  Can you make it happen in your business?