What role do you play in the organization? 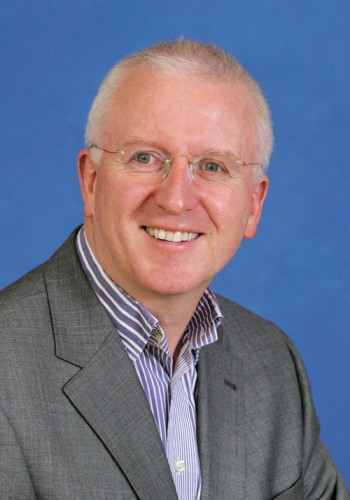 My youngest daughter, Nicole, is 15 – going on 27! Last week I asked her to tag along on a visit to see my brother and her cousins in Sutton. She had zero interest – but I eventually cajoled her into going. Her pushback was: “You make me go everywhere with you. I’m like a Poodle in this family”. It was both cheeky and funny. Nicole is getting to the age where she deliberately wants to change roles, moving on from being a compliant child to a young, independent adult. This recent photo is Nicole after she was ‘styled’ by her big sister as part of a college fashion project. Another, crazy hormonal teenager in the house! Just what we needed!

We all played roles in our family of origin.  We learned to be the pleaser, the rebel, the successful one and so on. These roles are unconscious. We didn’t deliberately choose them – but we picked up cues from parents and siblings and learned how to play out the role. There is solid research evidence to suggest that families get locked into behaviour patterns and even resent when one member tries to change roles. Example A: In some families where a member suffers from addiction, there can be subtle pressure for the addict to remain in a dependency role – as this allows others to play out their roles (rescuer, aggrieved sibling etc.).  I know, I know, this sounds counter-productive, even somewhat bizarre. The central point is that family roles are strong and, once embraced, are not easily shaken off.

The really interesting point is that we sometimes carry these family roles into the workplace. We behave in ways, which mirror the roles we played in our family of origin – again often unconsciously. Example B: A person ‘sucking up’ to the boss may be recreating a role that they played in their original family – using the same attention seeking behaviour used with a parent. It is a learned behaviour which worked ‘then’ and is being re-created ‘now’. Example C: At a meeting, the discussion between two executives becomes heated. There are contradictory points of view and these are being argued ‘robustly’.  The Chairperson of the meeting uses humour to help ‘calm’ down or even deflect the debate (“we will take that one off line”) because she is personally uncomfortable with expressions of anger or open conflict which makes her feel nervous (often, for reasons which are not fully understood).

When coaching individual managers, I try to uncover the motivation or drive which underpins specific behaviours. Sometimes, I have the opportunity to observe clients in their workplace and witness this directly (what David Attenborough might describe as natural habitat observations). Where the analysis suggests that the problem is one of ‘role continuation’, clients usually dislike this. Firstly, the concept is hard to explain (people see it as ‘psychobabble’). Secondly, people don’t like the idea that their behaviour is following a pattern i.e. they do not consciously control it. Executives, for the most part, consider themselves as being in charge of their own destiny and rail against the idea that they are somehow following ‘invisible train tracks’. So, this particular diagnosis has to be used sparingly, and only when there is good evidence to support it (or, a solid Client: Coach relationship which will withstand the conversation).

This role-continuation idea is not always relevant in coaching. But, sometimes, it helps to explain patterns of interaction which seem particularly difficult to shift. It raises questions like: Why does conflict make me feel anxious? Why do I see joking/humour as ‘unprofessional’?  When someone makes even a mild ‘sexist’ remark, why does this drive me nuts? If I get called to the boss’s office, why do I feel a sense of dread?  And so on.

The reflection point is to understand the role that you have been playing in your organization. Is there any connection between this and the role you played in your family of origin? In line with the view that you are the ‘CEO of your own life’, sometimes you need to re-consider those old tapes and perhaps lay down some new tracks. It’s not an ‘easy’ suggestion to follow up and you may need support from a sibling or a counsellor to ‘tease out’ some of the issues involved. But the ‘prize’ is potentially BIG, allowing you more personal control on how you respond to events. You will be familiar with the tagline: Tomorrow is the first day of the rest of your life… Embracing that idea and moving into a position where you control your emotions and behaviour is the root of mental health.