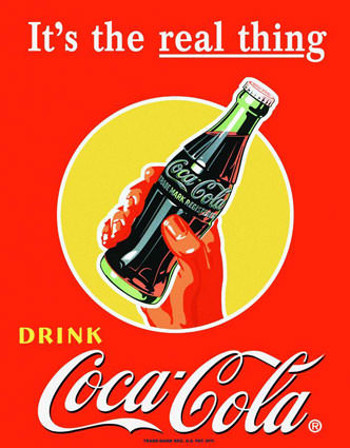 When Muthar Kent the new CEO announced in 2008 that Coca-Cola sales had to double by the year 2020 I would guess that the executives were checking the calendar, but it wasn’t April fools day.

Kent’s predecessor Neville Isdell had identified that Coca-Cola had become stagnated, inward looking and arrogant. He had started the process to open up the company by inviting 400 top overseas executives and Coca-Colas bottling partners to discuss how they had gotten into this position. Muthar Kent’s growth initiative was the next step in re-establishing Coca-Cola as an innovative, risk taking organisation, where risk taking is now becoming the life blood of the company.

Kent’s announcement reminds me of the Henry Ford story, when he told his engineers that he wanted a 8 cylinder engine on one block, they said it couldn’t done. Ford was unmoved and demanded they produce it. Failure after failure followed but Ford kept sending the engineers back until eventually 18 months later they succeeded and produced the V8 engine, the most popular engine in motoring history. Maybe Kent had taken a similar stance.

Included in Kent’s demand was the US market, the executives told him that Coca-Cola were maxed out in their home market. Kent again disagreed and told them find away to deliver his vision. There followed a clear-out of those who were blocking the path and it was clear that a new marketing model with-in Coca-Cola was needed to achieve these ambitious demands.

How to deliver objectives

In 2007 Coca-Cola spent 3% of it’s marketing budget online. This was about to change radically, enter Jonathan Mildenhall and his marketing team.

“All advertisers need a lot more content so that they can keep the engagement with consumers fresh and relevant, because of the 24/7 connectivity. If you’re going to be successful around the world, you have to have fat and fertile ideas at the core.”

The online budget is now 20% and rising, at the end of 2011 Cola-Cola where on target for their projected growth even in the US market. How has this being achieved?

Content marketing online has being the key to this growth. Coca-Cola have had a tradition of telling great stories thru it’s advertising. The “Holidays are Coming” advert, springs to mind immediately. Coca-Cola recognise that story telling is a tradition in every country and ethnic culture world wide.The trick is to create contagious content which would earn Coca-Cola a disproportionate amount of reaction and discussion across all channels and platforms.

These two YouTube links are cartoon videos explaining how the online campaign works and the strategy behind the content creation and distribution.

Overall, the videos are twenty minutes long and contain the entire creative content strategy to achieve the correct result for Event 2020. Outside of being compulsive and required viewing, they pose a great question, why? Why have Cola-Cola posted these on YouTube for all to see?

With approximately 500 products spread all over the globe, Mildenhall and his online marketing team set about developing a strategy which allowed them to leverage this vast resource. They also spent a lot of time reviewing data, which they refer to as the new soil. One major advantage to online marketing, it allows greater in-debt access to metrics. These metrics are a rich and fertile source for the development of strategy.

They also recognised that they did not have to create all the content on their own. By listening to their community they knew they would receive ideas as part of the discussions. It was also accepted that mistakes would be made, particularly when they are talking risks. This acceptance is crucial as it frees the creatives, allows them to work with-out fear.

Fanta is big brand within the Coca-Cola stable and they ran a advertising campaign featuring a cartoon girl at a party walking into a clear glass wall. To recover from the embarrassment, she starts to mime and she becomes the main attraction at the party.

A good advert but then comes a spoof of the advert, a man with a beard dressed the same way as the cartoon Fanta girl, making all the same moves. Both were a huge success.

The marketers in Cola-Cola operate to a 70>20>10 break down. The whole Fanta campaign has over ten 30/35 second adverts which are based around the Fanta girls and guys having fun, this is the bread and butter 70%. The spoof mime advert is in the 20%, which has some risk and will become part of the 70% in time. They also ran some interesting gorilla type stunts such as the link below, this is in the 10% group, lots of risk.

This campaign shows that dynamic story telling does work and it can be risky, the man in the spoof advert has a beard and is dressed as a women. Not every large organisation like Coca-Cola would allow such risk taking. Muthar Kent actively promotes the concept of being “constructively discontent” among his marketing executives. Mildenhall finds this concept very liberating as the result thus far show.

Overall, an incredible online content marketing initiative, embracing new tools and channels by one of the world’s biggest brands. Coca-Cola have moved from being inward looking and arrogant, to being one of the world leading examples of a Social Business, using cutting edge online strategies. Not many large corporations could achieve this pivot in such a short time frame.

We have a wait to see if they achieve their overall goal, one thing is already clear, over two years into a ten year plan and Coca-Cola are very happy with the progress