How global manufacturing is changing.

Ireland is changing and
the savvy business has to be aware
of changing global trends.

3D and Digital Printing are examples of market changes.

Managing Director of The Synergy Group

It strikes me that the old term of ‘economies of scale’ in terms of production is yesterday’s expression.  As we all know, digital printing has been around for years and has, to an extent, revolutionised the printing industry.  But printing small quantities is not the sole role of digital printing.  You have read on this site many articles in the past on 3D printing, also known as additive manufacturing because it involves building up material layer by layer. It can be used to make such things as prototypes, hearing aids, toys, machine parts, medical implants, and that’s just the start of the list.  The process has been around for 10 years or longer, but is it going to hit the high street in a similar way as digital printing?

This week on 20th November, Bre Pettis, the founder of MakerBot, opened his first retail shop in New York.  MakerBot are manufacturers of low-cost 3D printers and the retail shop will sell desktop MakerBots, which prints things out of plastic, for just $2,200.  It is still early days, but MakerBots and machines like them are “empowering people to make the things they want, rather than buy them from factories,” says Mr Pettis.

As I mentioned, 3D printers have been around for years, use different technologies, and are advancing the whole time.  MakerBot are now selling them at a retail price of $2,200 whereas Morris Technologies sell them for around $500,000.  Their machines are used to print objects and parts for engineers.  This week, GE bought the company for an undisclosed sum.  Their plans are to use the printers to print metal parts for a new GE jet engine.

Companies like Objet and CDRM can print 3D objects from CAD drawings.  So that means corrections can be made to a product without the need for full scale production runs, as was the case up to now.

“Manufacturing the Future” is a new report by the McKinsey Global Institute and it says that another 1.8 billion consumers will join the global market place within the next 15 years.  This is optimistic news.  Compare the goods which were bought with print buying in previous years.  In order to make it economical, print had to be purchased in larger quantities.  Now it can be bought in small quantities and as we all know, even down to one product.  It will probably be similar in the future for other items.  Large volume manufacturing of the same product will probably change to smaller quantities of different products.  I’m not saying that large quantities and cheap manufacturing in places like China, South Korea, Indonesia and developing countries will disappear.  What I am saying is that there will be a shift in demand to one offs and smaller quantities. 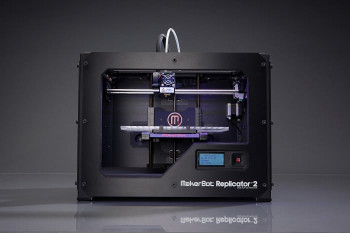 MakerBotTo give you an idea of how manufacturing trends have changed in the last ten years: Measured in nominal value added, by 2010 China surpassed Japan to become the second-largest manufacturing nation in the world, after America. A decade earlier it was in fourth place. In the same period, Brazil jumped from 12th to 6th and India from 14th to 10th. Britain slipped from 5th to 9th.

Here in Ireland we can see the changes ourselves.  As countries get richer, manufacturing tends to account for a smaller share of their GDP.  We are in that position and our share of manufacturing is decreasing.

What seems to be happening in the developed countries is that in the past 30 years or so, there has been a shift from manufacturing to service based industry which has a higher value added.  For example, today, manufacturing share of GDP in China is at 33% whereas in Britain and France it is 10%.

McKinsey has divided manufacturing into five categories, which ties in with the notion that manufacturing these days describes a whole range of activities.  These are

The total value of global manufacturing in 2010 was $10.5 TRILLION.

One of the categories ‘global innovation for local markets’ accounts for a whopping 34%.  This category includes industries like chemicals, machinery and car making, where constant innovation is essential and logistics including high transport costs for heavy goods make it sensible to produce these things close to customers.

“Regional processing” accounts for 28% and includes industries such as fabricated metals, food and publishing. For obvious reasons, bread is baked locally because it goes stale quickly and also because local tastes vary.

“Energy and resource-intensive commodities”, such as wood, paper and petrol, account for 22%. 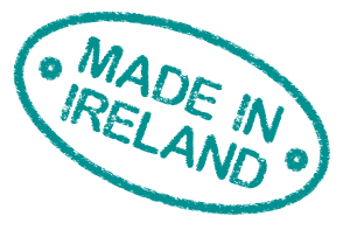 Ireland is growing richer – you may not think that in the present climate.  And one of the things we are suffering from is a shortage of skilled educated people that companies need.  We are in the same position as most of the other richer countries.  For example, American firms such as Dow and DuPont are crying out for better education in engineering, technology, science and mathematics. The rich world still leads in high-tech industries.

McKinsey asks another question.  What is the different between manufacturing and services?  In my Industrial Engineering years in the 70’s and 80’s I was able to distinguish.  But, I’m finding it harder today.  In my days, manufacturing used people of lower skill and education.  Not today.  Manufacturing today needs highly educated and skilled people.  These are for the higher value added industries and these are the ones that Enterprise Ireland is trying to encourage.

As Bob Dylan said ‘the Times, they are a Changin’’. 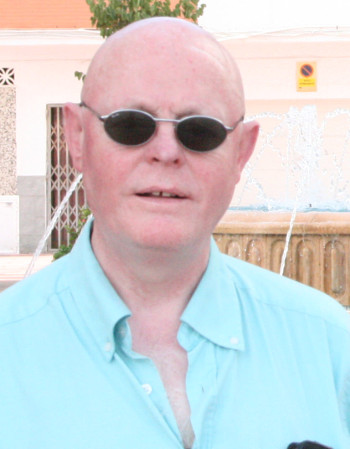