Rally Madness in the Scottish Borders

After an entertaining rally in the Scottish Borders earlier in the month at Duns for the Jim Clark Memorial Rally, my brother and I decided to head back up to Dumfries in the Borders for the RSAC Scottish National Rally on the 30th June in search of more rally lunacy. We were not disappointed. 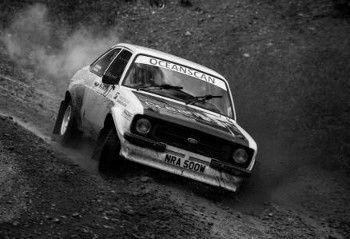 Rally CarGetting an early start to the day, we left Newcastle and headed to Heath Hall just north-east of Dumfries town. That was after a quick diversion to the Ice Bowl near Palmerston Park, the Queen of the South football ground, to pick up our rally program. With our map reader in the back of the car, it turned out to be a bit of a rally in itself!

On arriving in Heath Hall, programs in hand, the rally park was nearing full swing, ahead of a day of six varied and challenging stages. Of the many car classes entered in the rally, we were especially on the lookout for the Class 12 4WD 2.0 plus monsters and the beautiful Class 8 RWD cars up to 2.0 with more than 8 valves. All of the class 8 cars were Ford Escort Mk2s, though we might be a bit biased as we love all things old and Ford. 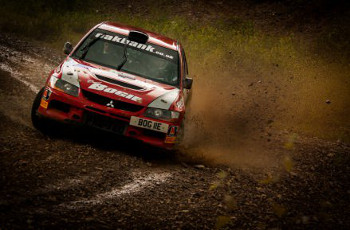 rally CarWe decided to leave the rally park in Heath Hall and head north to the Forest of Ae to watch the Ae West stage. As we arrived, the weather took a turn for the worse with a heavy downpour. The gravel forest track, steep banks and deep grooves carved in the racing line by car after car proved for some spectacular moments. The drivers demonstrated immense concentration and car control in tricky conditions. The conditions improved towards the end of the Ae West stage. The sun shone through the thick forest cover as the last of the Class 12 cars flew past spitting out rocks and deafening exhaust notes.

After a very entertaining and somewhat wet morning stage, we headed back down to Heath Hall in the afternoon for the super special stage SS5. This was first used back in 2004, a purpose-built spectator-friendly stage with a very entertaining water splash immediately followed by a gravel and rock-strewn hairpin. The RWD cars proved a big hit slowing through the water splash, power sliding round the hairpin and accelerating off up the hill.

The last vehicles to run were the Class 12 4WD cars and the Land Rovers. Due to their weight, the organisers run the heavy classes last because they tear up the gravel for the lighter and smaller classes of vehicle. This special stage proved to be a hit, very well attended by both the locals and anoraks like us.

Congratulations to all the drivers for putting on a great show on the day and to all the marshals and organisers who make the event possible.