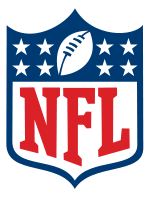 Most people in Ireland and across Europe have little or no knowledge of American football except possibly when they tune into the Superbowl each year. I have a story to tell which is sweeping the States right now but for our non American readers I decided to give you some background to the game first so you might understand it better.

The regular season is a 17-week schedule during which each team play 16 games and has one bye week. The season currently starts on the Thursday night in the first full week of September and runs weekly to late December or early January. At the end of each regular season, six teams from each conference (at least one from each division) play in the NFL playoffs, a 12-team single-elimination tournament that culminates with the championship game, known as the Super Bowl. This game is held at a pre-selected site which is usually a city that hosts an NFL team.

The NFL is the most attended domestic sports league in the world by average attendance per game, with 66,960 fans per game in 2010-11.

The story I want to tell is called ‘The Tebow Effect’ so look out for it in next week’s publication.